Each month, we catch up with a Savills agent to get the lowdown on their region, insider insights and favourite local haunts. This time, we meet Ben Fox of Savills Edinburgh 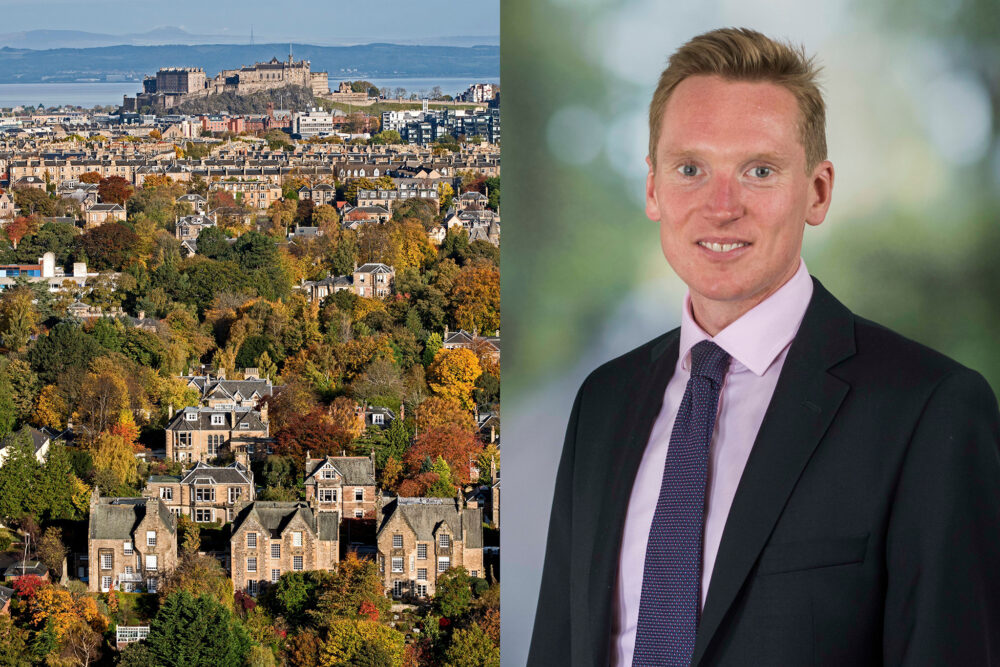 Ben Fox heads up the Edinburgh residential sales team. Brought up in the city, he joined Savills in 2006. Ben lives in central Edinburgh with his wife and three children; he is a keen cyclist and is also in training for the Glencoe marathon. 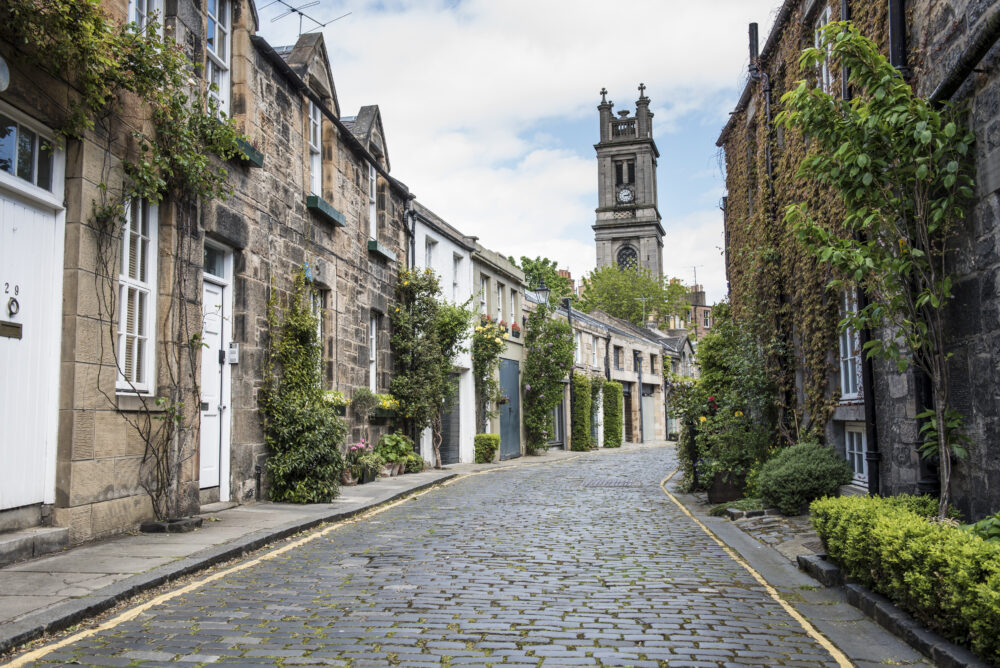 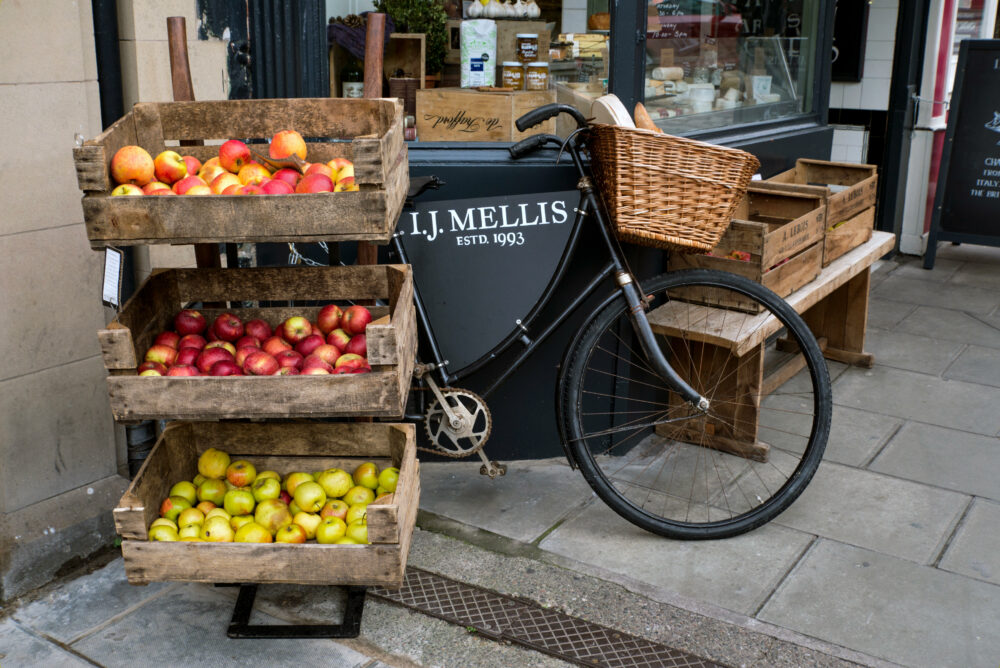 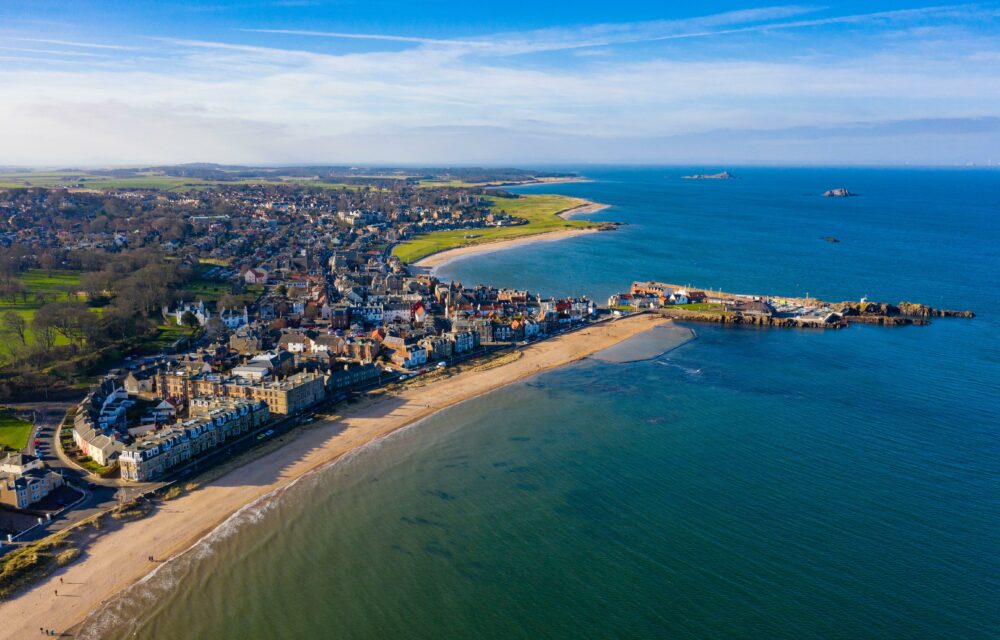 What makes Edinburgh special?
When you think of Edinburgh, you think of the beautiful crescents of the New Town. These wonderful Georgian buildings are all part of our history, the city’s golden age – but they’re homes as well. Edinburgh has a lovely residential feel: lots of people live right in the middle. That’s one reason it’s so special.

It’s well connected to London, the States and the Middle East, too – so it’s an increasingly viable base for working from home. And the housing stock is affordable. The education system here is first class, so people can retain London salaries, bring their kids up in a green city and send them to fantastic schools.

Top tips for entertainment?
We have a great arts and social scene here: world-beating culture in the summer at the Edinburgh International Festival and Fringe, but also some great independent theatres and cinemas, including the Traverse and the Dominion. There are hidden galleries all over the New Town: Open Eye is exceptional. Stockbridge has charming off-the-beaten-track shops: the cheesemonger IJ Mellis and chocolate-maker Ocelot are both excellent – standouts in a city characterised by really super shopping. And there’s great walking in the Pentland Hills, southwest of the city.

Wild swimming has really taken off on the beaches here: Wardie Bay has become a mecca for it. All along the East Lothian coast, from Longniddry round to North Berwick, there are super beaches. And Portobello, just outside the city, has had a renaissance: they have rejuvenated the promenade and cafe culture is thriving. It’s a great place to live.

Best dining options?
Edinburgh has some of the country’s finest restaurants – Martin Wishart in Leith, The Kitchin by Tom Kitchin – but the indie dining scene is buzzing too. The Scran & Scallie in Stockbridge does super gastropub food and Rollo on Broughton Street is endlessly popular. I also love the Bonnie & Wild food stalls in the new St James Quarter, near Calton Hill.

Which are the most popular parts of town?
Our office looks after property in the most sought-after areas of Edinburgh, such as the New Town and West End, with its mix of families, young professionals and empty nesters who want to be closer to the restaurants and cultural hotspots. In Stockbridge, we get families in Georgian townhouses and younger professionals in flats: they love the village lifestyle, with everything on the doorstep. There’s a similar feel in Morningside and Bruntsfield, too.

What can you find outside the city centre?
You don’t have to look too far beyond the city borders to find an estate, a castle – or even your own private island! We’re selling one in the Shetlands called the Isle of Vaila, with a 17th-century castle, a bell tower and 750 acres of grazing land. It’s the ultimate retreat. 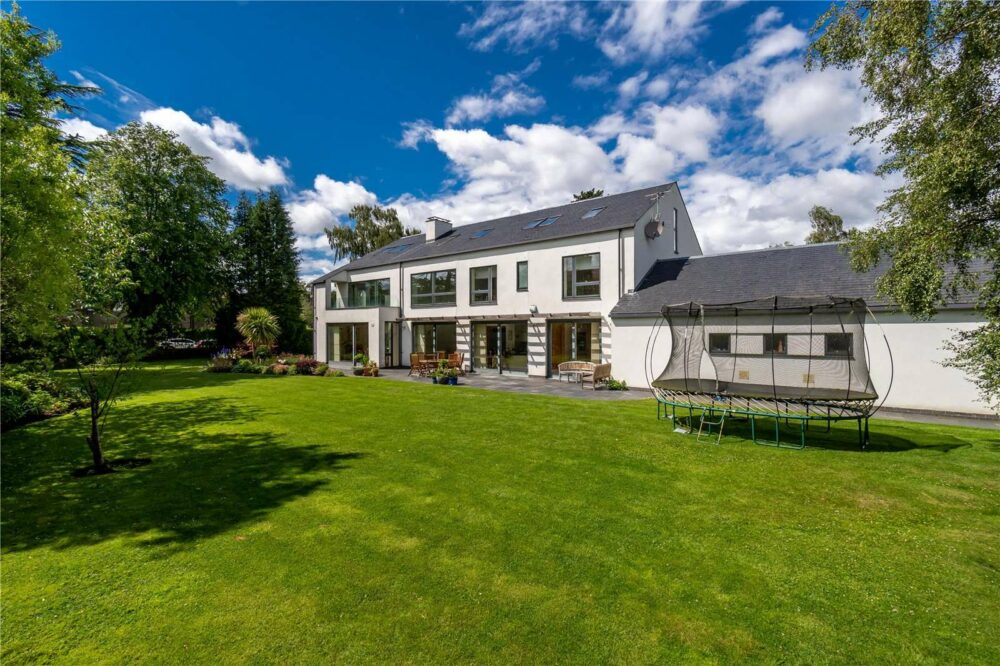 Substantial contemporary family home set in mature and extensive grounds of just over... 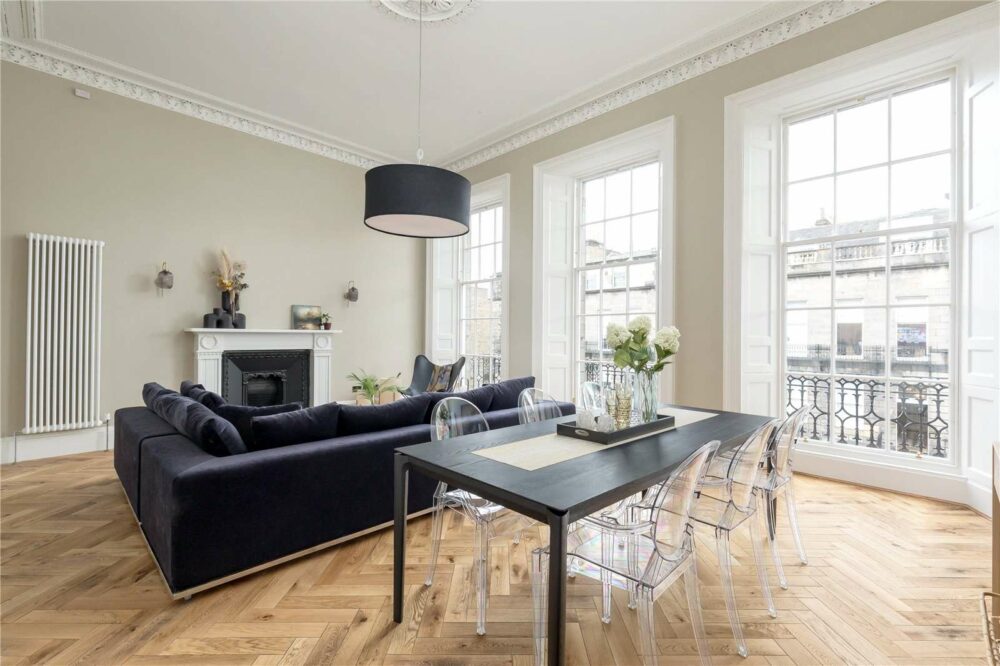 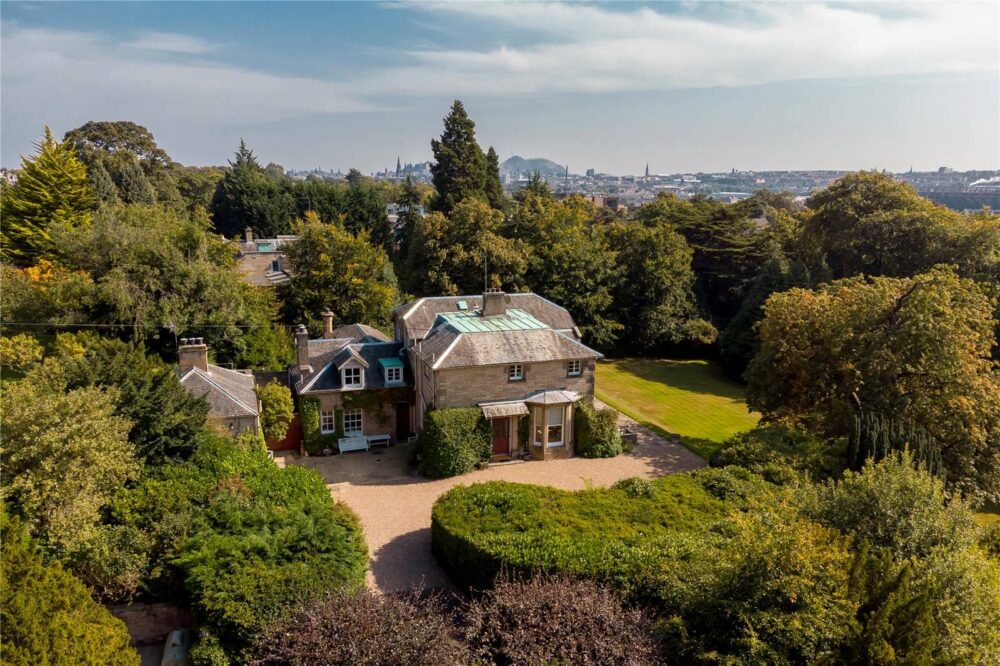 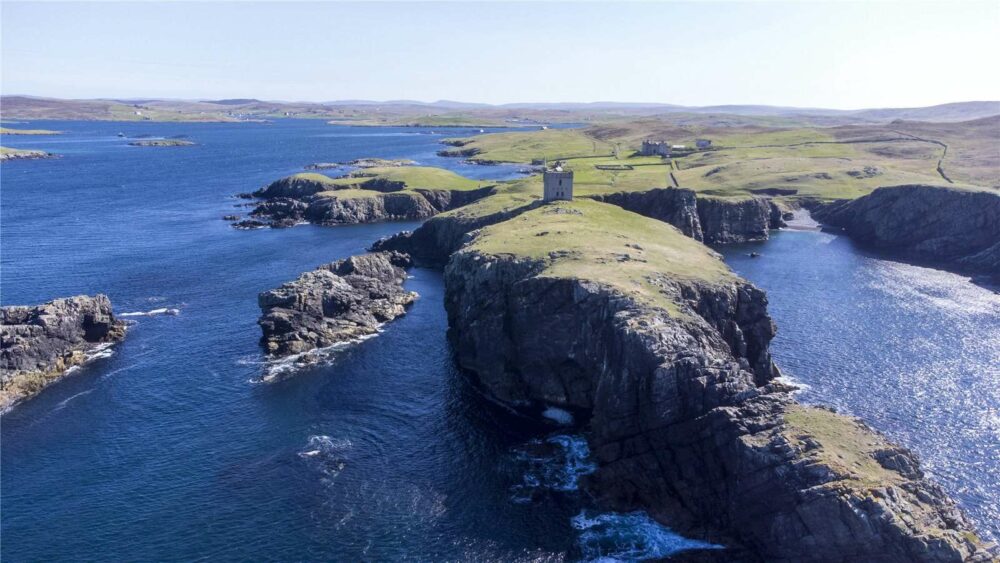 The Isle of Vaila offers a rare opportunity to own a beautiful Scottish... 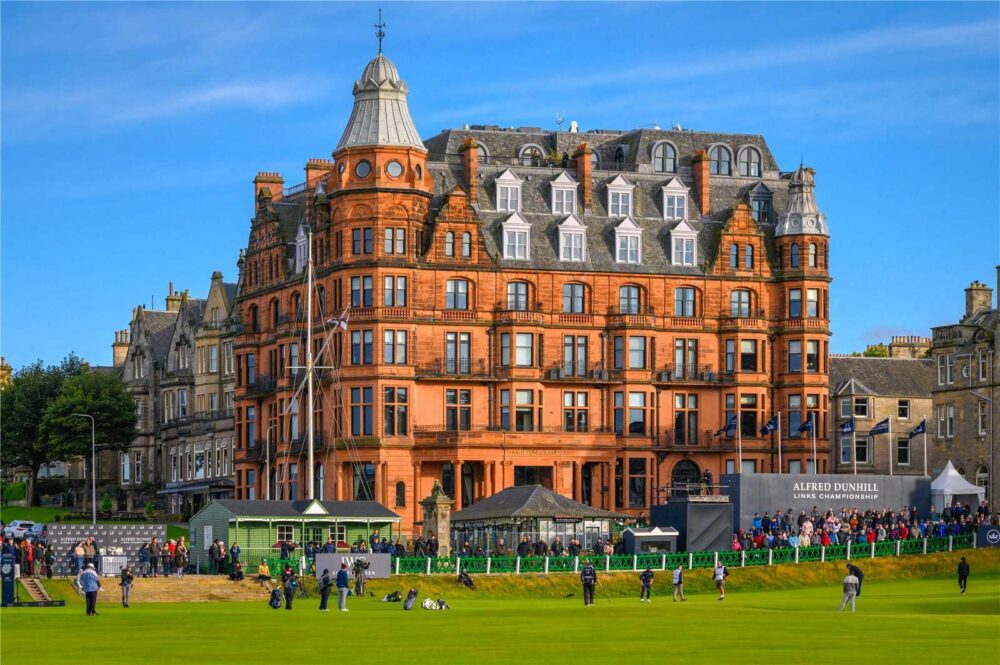 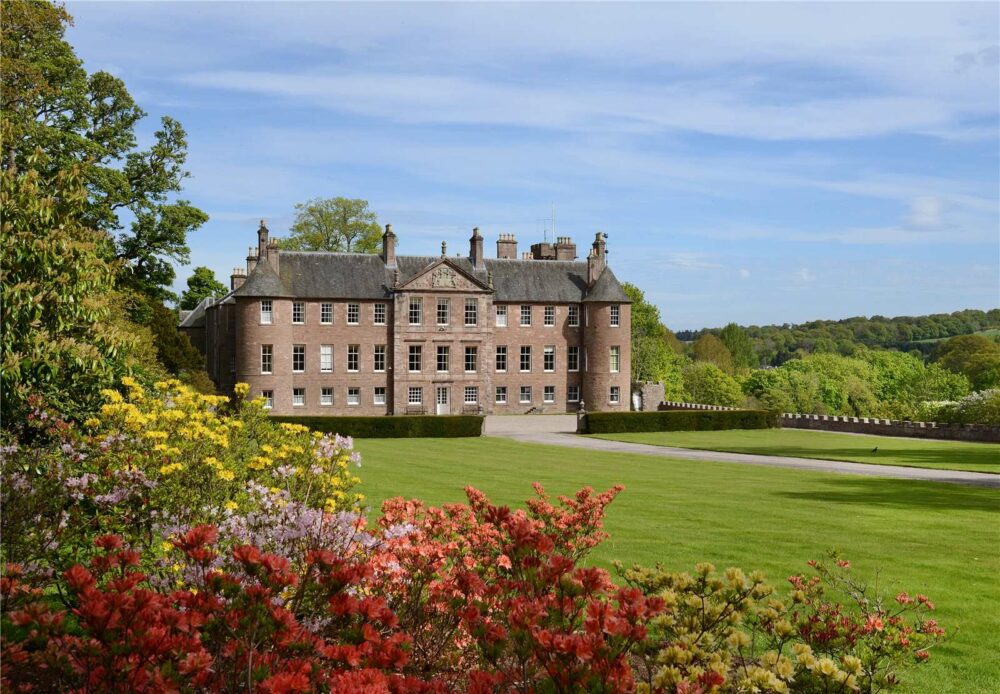