The Isle of Vaila offers a rare opportunity to own a beautiful Scottish island in its entirety with complete privacy, tranquillity and truly breathtaking coastal scenery. 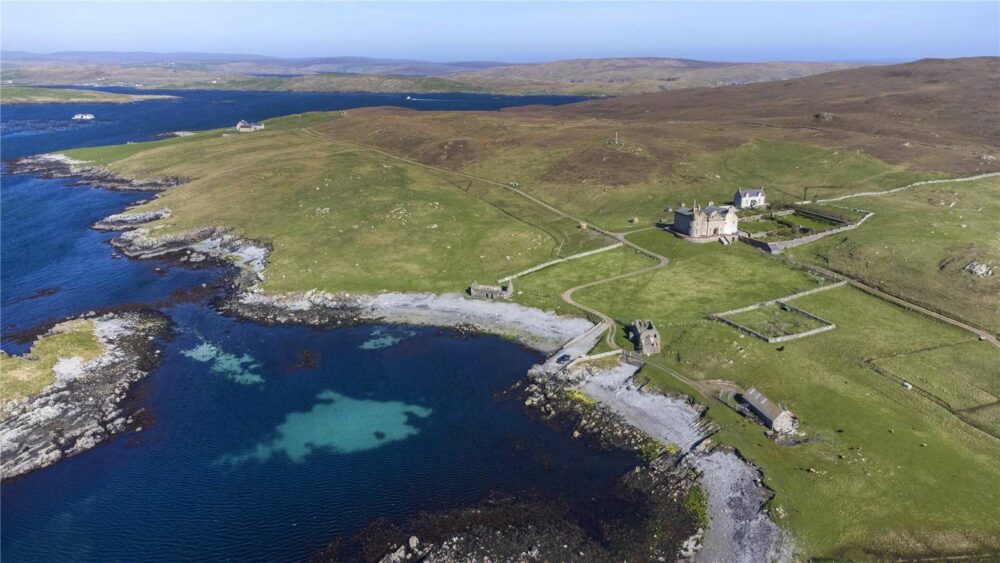 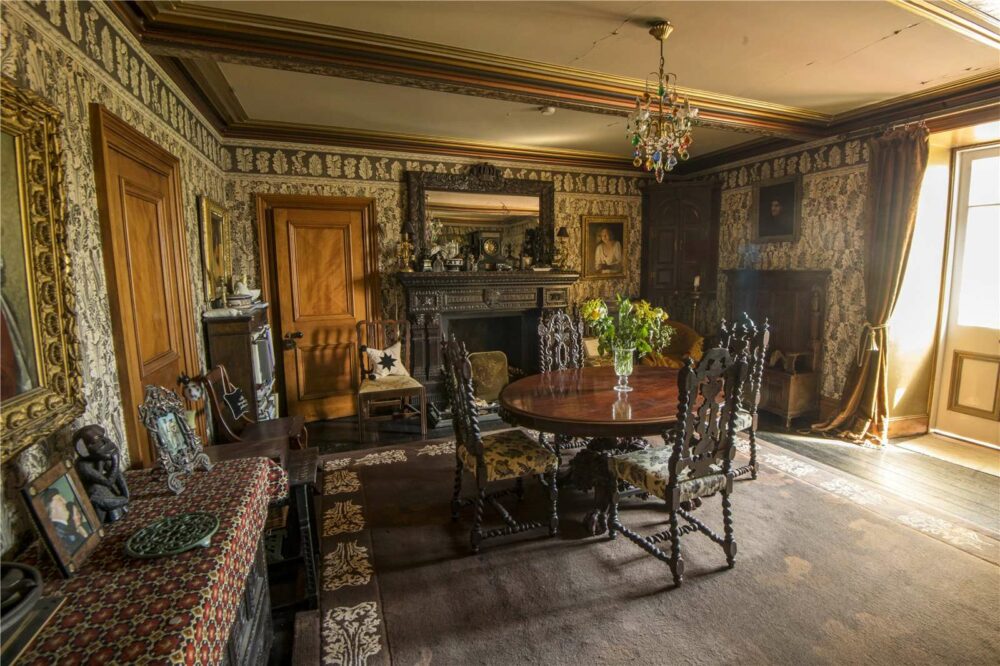 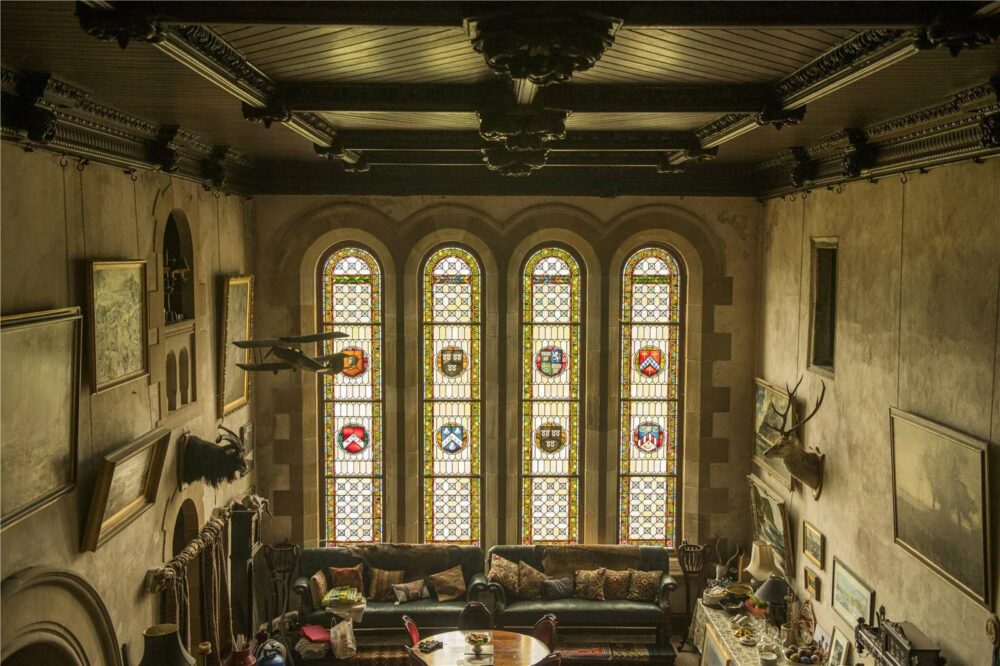 As described by the 20th century English Poet Laureate Sir John Betjeman, ‘I can think of few nicer places in the world’. The island has over 6.5 miles of diverse coastline and extends to about 757 acres in total.

The island rises to its highest point in the south at Ward Hill with West Ward (266 ft), Mid Ward and East Ward (312 ft) providing spectacular views across the island to its sheltered bays and array of caves and natural arches. The natural topography of the island provides a great diversity of habitat including grassland, heathland and freshwater lochans.

Current management of the island by the owners as an organic farm has ensured its diversity of flora and fauna has flourished. A great variety of bird life visits the island including seabirds such as fulmars, great skuas, kittiwakes and puffins and estuary birds including curlews, snipe, and oyster catchers. Other visitors include otters and orcas which are often seen playing in the turquoise waters in the surrounding Vaila, Wester and Easter Sounds.

HISTORICAL NOTE – The Isle of Vaila has been inhabited for thousands of years. By about 1450, a number of Norwegian landowners held major estates in Shetland, based on the isles of Papa Stour, Noss and Vaila.

Following generations of Norwegian ownership, Vaila was passed to Gorvel Fadersdottir who granted a lease to Robert Cheyne which was confirmed by King James VI in 1576. The island was then passed to James Mitchell of Girlsta who built the Old Haa in 1696 and then to his descendants, the Scotts of Melby. Following the Scotts’ ownership during the 19th century, Arthur Anderson, the founder of the P&O Shipping company, leased Vaila in 1837 from the Scotts family and established the Shetland Fishery Company there. A significant moment in history, this broke the power of the lairds who had previously controlled the Shetland fishing industry.

By the mid-19th century, Vaila was supporting a number of tenant crofters and fishermen. However, by 1873 the island proved to be insufficient to support the tenants and in 1893 the island was sold to Herbert Anderton, a Yorkshire mill owner, who developed Vaila as a farm, building Cloudin Farmhouse and expanding the Old Haa as a summer residence into what is now known as Vaila Hall.

The first decade of the 20th century saw many lavish parties held at Vaila Hall and in 1901 30 people were working on the island. By 1915, Anderton was developing plans to extend the Hall by the addition of a chapel and a servants wing to the east with a courtyard beyond. However, the First World War put an end to these plans. The Andertons’ reign lasted 100 years until 1993 when the current owners purchased the island.

VAILA HALL – Situated in an elevated position to the north, the mansion is a prominent landmark on approach to the island. On arrival to Vaila Hall you are met with impressive stone steps that lead up to the wooden front door. The Mitchell’s coat of arms dated 1696 is carved above the doorway inside the baronial great hall and the corbelled turret features a bartisan, whilst battlements and crow steps go over the great hall combining both wings of the mansion. Since the owners purchased the island in 1993, the house has undergone an extensive and sympathetic restoration to provide a well-appointed and comfortable home.

The well-proportioned accommodation is arranged over three floors. The Great Hall is furnished with the original late 1800s furniture and is centred around a massive stone arched fireplace. Full height stained glass windows depicting the Anderton crest lead up to the ornate Moroccan mahogany panels that line the ceiling with the Minstrels’ Gallery lying opposite. Very much the heart of the house, the Great Hall has retained its unique architectural features and is from where the rest of the ground floor rooms are accessed.

Off the Great Hall lies the study that enjoys delightful views over Vaila Sound. Featuring a bell tower, the room also has a concealed entrance through to the functional kitchen. To the south of the Great Hall lies the library boasting original cornicing and fitted bookcases. The focal point of the Morning Room is the grand, carved wooden fireplace providing an ideal place to host intimate dinner parties. The adjoining conservatory provides useful entertainment space. The room is warm and light with fine views westwards towards Mucklaberry Tower and to the sea beyond.

The first floor has four bedrooms which all enjoy fine views towards the surrounding coastline. The second floor has two further attic bedrooms and an additional bathroom.