A magnificent Grade II listed house in over 2 acres. 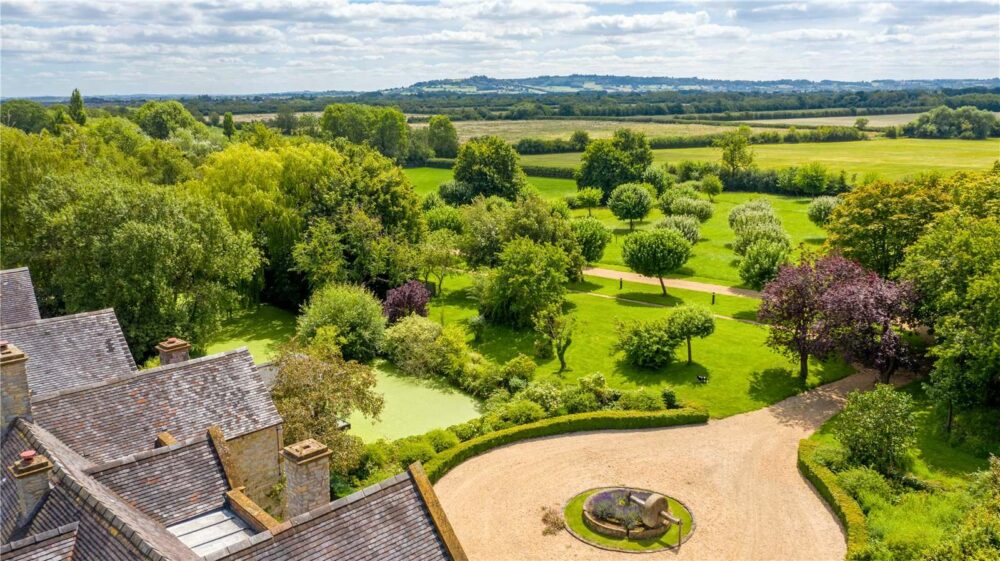 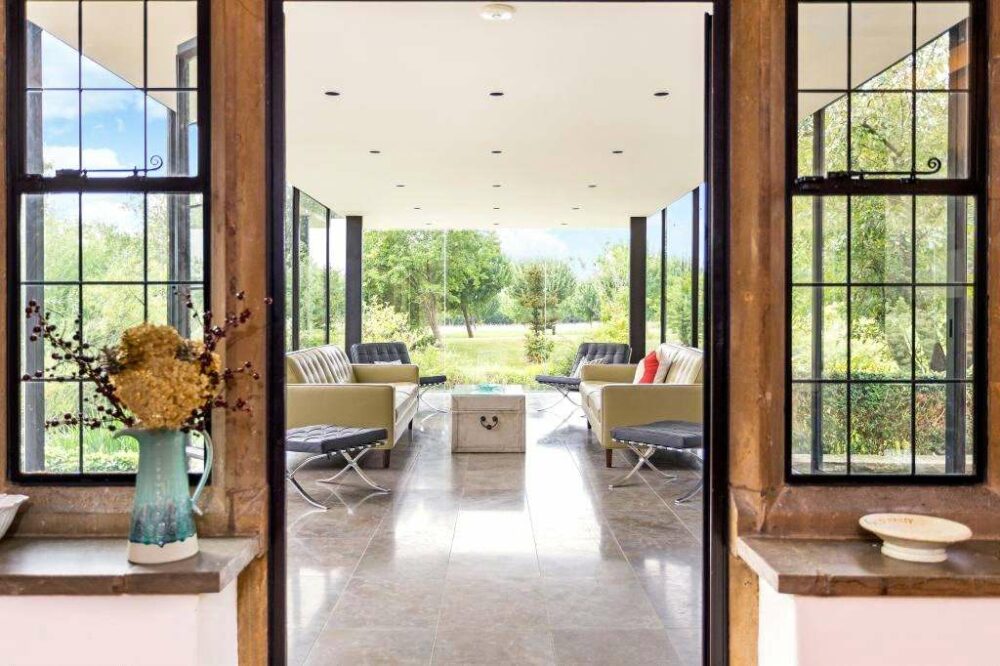 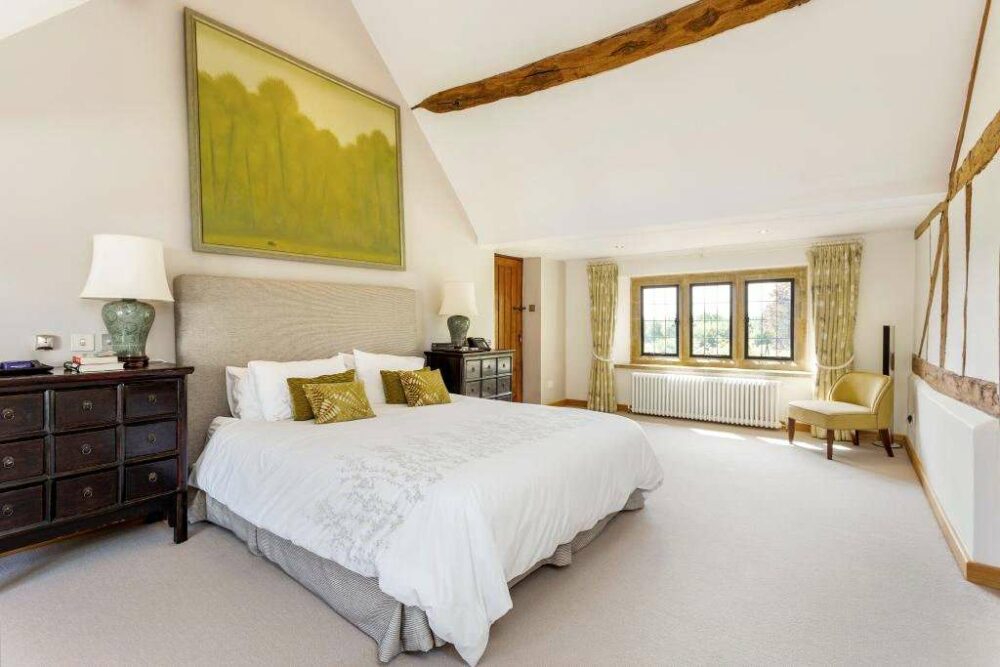 The Moat House, parts of which date back to the Middle Ages, is a stunning country house set in formal gardens. Nestled against the North Cotswolds Hills, bordering Warwickshire, Worcestershire and Gloucestershire and a stone’s throw from Stratford upon Avon.

Heaped in history, The Moat House was originally believed to have been used by Roger, Bishop of Worcester (1163-1179) as a hunting lodge and remained in his family for several generations. The House was extended in the sixteenth century and over time became the centre of village life, as a working farm and more recently as a private residence.

There are several unique features including an imposing fireplace in the hallway, an award winning 20th Century glass room which cantilevers over part of the moat and an ancient apple press located outside the main entrance to the house.

The principal living accommodation is set out over two floors with a versatile layout which is ideal for the demands of family life. The property retains numerous wonderful period features and is offered in excellent condition.

The Moat House is approached from the south side through an imposing oak door. Opening the door, you enter an impressive hall with a magnificent fireplace and hearth which extends up past the first floor and into the second floor.

To the right is a door to the formal dining room which opens into a study area with view across the moat and garden. Another door leads into a wonderful drawing room with double doors leading out to a spectacular glass room, which sits very comfortably alongside the historic house, seeming to float over the moat. Leading off the hall to the left is a door to the family room which opens into a spacious kitchen/breakfast room which together provide an exceptional space for a family to gather. A superb bespoke kitchen with an excellent range of cabinets, an island and breakfast bar is the perfect place for family life and entertaining. Double doors lead out to a timber framed conservatory which lends itself to a number of uses. Also on the ground floor is an enclosed loggia which could be used either as a bedroom or a home office.

An oak staircase rises to the spacious first floor galleried landing with substantial timbers which provides access to the bedroom accommodation. There is a fabulous principal bedroom suite with dressing room with fitted cupboards and a well-appointed bathroom. There are three further bedrooms, one with planning permission for an en suite shower room.

The mature gardens are principally laid to lawn with well stocked borders and established specimen trees. There is ample parking for several cars. . An oak framed 3 bay car garage was erected in June 2022.

The sale of The Moat House presents an exciting opportunity to purchase a beautifully maintained historic house in a charming village.