The enduring allure of members’ clubs

Members’ clubs are places to socialise, network and escape. We go behind the velvet rope to discover the secrets of some of the world’s best 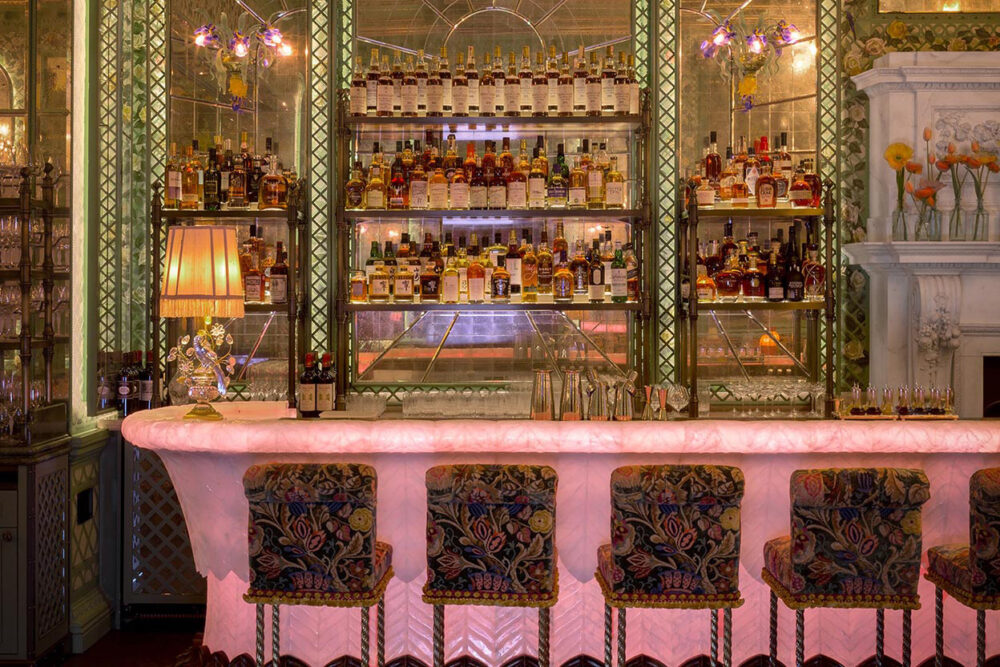 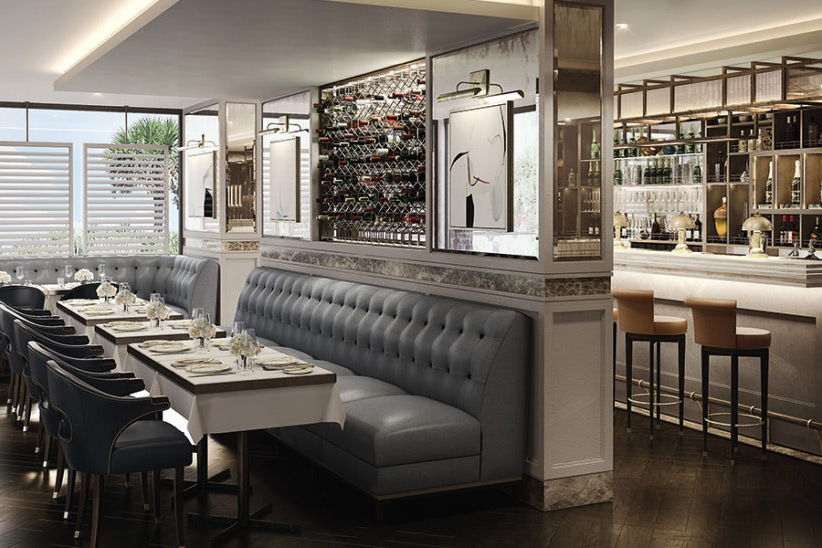 “Mysterious, glamorous, a dimly lit inward world tucked into this world,” writes Deborah Levy of Silencio, a private members’ club in Paris for performers and artists, where every room was designed by filmmaker David Lynch. “There were nooks and crannies to have conversations and there was the adrenaline of the dance floor itself.”

This description of the otherworldly magic of being admitted into one of the world’s least accessible members’ clubs is taken from Levy’s autobiographical novel Real Estate, a book in which she pursues the true meaning of the word ‘home’. And it’s the word ‘home’, or rather home from home, that seems to best describe the allure of being a member of a club. “They offer a feeling of belonging,” says Claire Reynolds, Co-Head of Prime Central London, Savills. This is especially important for people who might be living in a city that’s not their native place. “The staff know your name, the newspaper you read, and what you like to drink. In a city like London there’s a lot of choice when it comes to members’ clubs, but clients choose to join places where they are surrounded by like-minded people. It’s this feeling of almost family, of returning home, that makes them so alluring.”

Private members’ clubs were popularised by British high society in the 17th century for like-minded men to meet and exchange and discuss political issues and ideas, as well as gamble (which was illegal outside the clubs). But the rarefied world has come a long way since wigs had to be worn and women were banned. Queen Elizabeth II, no less, once visited Annabel’s, the most infamous club of them all. Founded in 1963 by Mark Birley in the basement of 44 Berkeley Square, its reputation for hedonism precedes it: Frank Sinatra was a regular, as was Mick Jagger. Today the club has moved a couple of doors down to a Grade I listed Georgian mansion, where it continues to draw the city’s most glamorous.

Another super-exclusive London club is 5 Hertford Street, opened by Robin Birley, son of Mark. It was described by Tatler as “how Wes Anderson might imagine an English country house”, and here, you’re just as likely to find a nook to yourself as have to share one with an A-lister. “We have just sold a property on Grosvenor Square where one of the prerequisites of the search was proximity to 5 Hertford Street,” says Reynolds. “When the owners were in London they wanted to be near the places where they anticipated spending their time.”

Members’ clubs are perhaps one of the few areas of the leisure industry that seem even more alluring in light of the pandemic. Not only are you guaranteed a table, but they offer invaluable networking opportunities. “People’s social circles have been much more limited because of Covid-19,” says Reynolds. Not only do members’ clubs offer fabulous places to entertain, they also offer access to certain exclusive networks, whether that’s for personal use or for business, and often people will join to impress or meet clients. “At many of these places you need to be nominated by other members, or members will be handpicked from a particular spread of industries. People are joining for social reasons and to rebuild their personal and business connections. In 2022, I imagine demand for private members’ clubs will soar.”

Jennie Enterprise, who founded CORE: NYC with her wife Dangene, agrees: “The past year and a half has reminded us that we all have a deep need to gather with people who inspire us,” she says. And while 5 Hertford Street might be best known for its giddy hedonism, at CORE:, thoughtfully curated encounters between illuminated minds is a particular incentive to join. The New York building, where a finger-imaging system gets you through an unassuming door, houses a state-of-the-art theatre for learning and entertainment, a well-appointed library, and a fantastic dining room where fine food by chef Marc Howard is served.

Enterprise dodges questions about their top-secret guest list. Founding members “defined only by accomplishment” were handpicked from across the worlds of politics, fashion, business, media, tech and sport, and asked to invest at least 100k, as well as nominate another remarkable person to join. But she does say that they have enjoyed conversations with personalities like Nobel Prize winner Martin Chalfie, artists Marina Abramovic and Jeff Koons, journalist and author Tina Brown, actors Richard Gere and Toni Colette, and photographer David LaChapelle. “This is why our members are so devoted to CORE: – we curate a compelling international community of individuals united by their talent to defy definitions. A community where everything is possible. At CORE:, we know how our members live, and we create spaces for them to be their most creative and productive selves.”

In Monte Carlo, Thirty Nine takes this idea of inspiring members to be their most productive selves to the next level. Founded by former professional rugby player Ross Beattie, the club encourages members to not only “realise your fitness potential, but to discover a new way of living.”

“The club has been designed to feel like an extension of your own home – so much attention has gone into every detail,” says Beattie. “And everybody is home here. You can train close to a pro athlete and you will be treated the same way.” It is indeed a home away from home for some of the world’s pro athletes, who regard the gym here as the best in the world. It remained off-radar until Zlatan Ibrahimović (then playing for Manchester United) posted a picture post-workout on social media while recovering from an injury. “Our privacy policy is very strict,” says Beattie. “Members know that once they arrive, they are totally at home. They can share their experience with their community on social networks, but they are not allowed to take pictures of other members.”

With flexible memberships starting at 30 days, people now go to Monte Carlo simply to be near the gym. “The club is very chic, has a good restaurant and bar, and excellent sports facilities, probably the best in Monaco,” says Irene Luke, Co-Head of Savills Monaco. “We are acting more and more for young sports people, including F1 drivers, and they are all very keen to rent or buy near Thirty Nine.”

While some members’ clubs offer a place for clients to swing from the chandeliers, unleash their true creative selves, or reform their health and wellbeing, others give opportunities for luxurious dining or fantastic networking opportunities. Cities around the world have their own clubs, and each attracts its own tribe. Berlin has The China Club, founded and designed by Anne Maria Jagdfeld, with a breathtaking restaurant and what it describes as “the most beautiful roof terrace in Berlin”. Here they believe that dining should be about more than eating, and rarely hand out menus, instead asking guests what they would like and composing a menu for them.

Dubai has The Arts Club, the first international outpost of the longstanding Chelsea original. It’s a vibrant hub for creative and entrepreneurial members, providing a relaxed environment where guests can participate in a rich cultural programme of events, including current debates, tastings, exhibitions and studio tours, as well as let their hair down in a nightclub – a particular pull in Dubai. And in Hong Kong there is Carlyle & Co, which invites one to be “part of a new exciting social circle without equal.” Membership includes access to an in-house stylist to ensure you look the part. “The Carlyle is the newest, coolest club around,” says a young city resident. “Everyone wants to know someone who’s a member. There’s prestige attached.”

“Not only do you often have to know people who are members of the club, but the clubs are very particular about who they let in,” says Reynolds. “They are vetting you. It gives you a feeling of approval. It’s a kind of coolness.” As Levy says in her book, “My daughters couldn’t believe that their mother was so cool as to be partying at Silencio.”