There’s a culinary shift in the islands as sustainable food culture takes root. 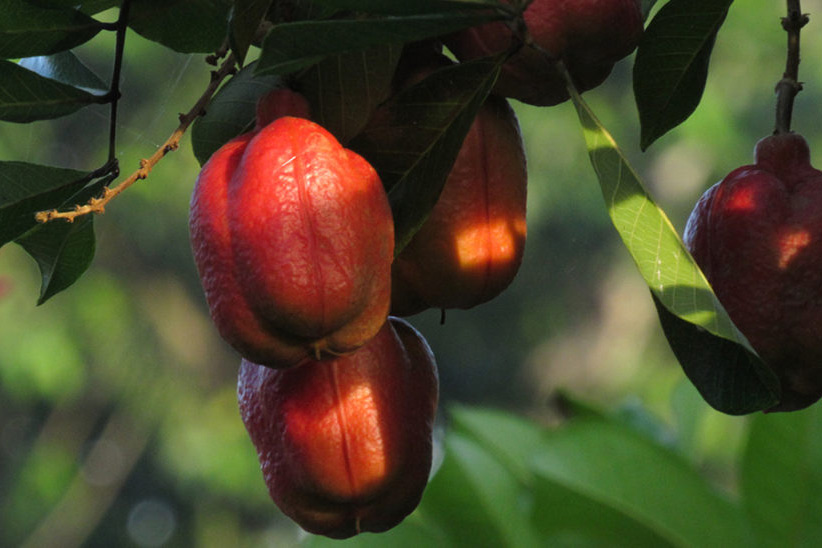 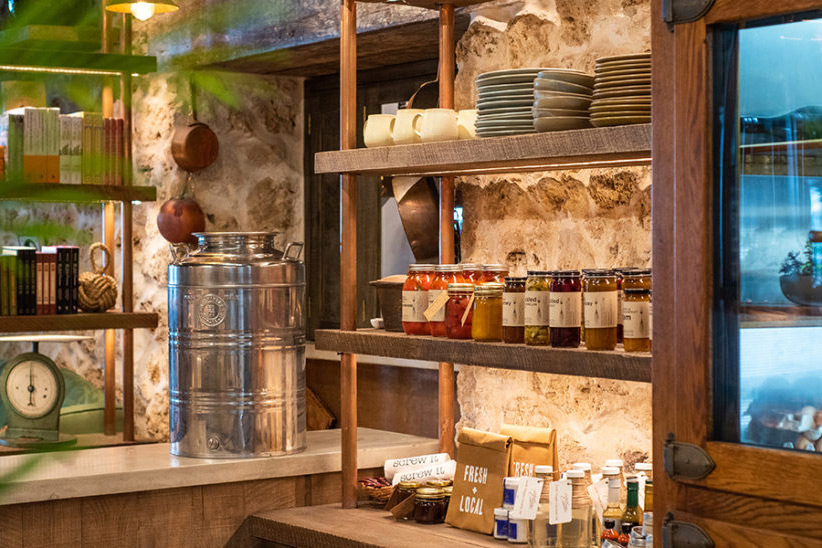 The rustle of palm leaves in the breeze; the soft lapping of waves on a powder-sand beach; the imminent arrival of cocktails by the sunlounger. There’s a certain postcard image that the Caribbean conjures. After all, the islands have long been a popular escape for anyone seeking winter warmth and endless opportunities for golf, yachting and watersports. But that isn’t the whole picture. While sea and sand are constants, zoom in closer and there’s an incredibly varied landscape from island to island, from the marinas of the Bahamas to the soaring twin peaks of St Lucia’s Pitons.

The region’s food scene can be every bit as diverse as the landscape. Our awareness of the variety of Caribbean cuisine is growing, thanks in part to a number of British-based Black food writers exploring their own culinary heritage, such as Riaz Phillips, author of Belly Full, and Marie Mitchell, co-founder of the Island Social supper club. ‘Cooking from the Caribbean is usually approached universally rather than island specific, but each island has its own subculture that is reflected in its food,’ says Keshia Sakarah, who owns Caribe restaurant in London’s Pop Brixton. ‘Most people seem unaware of how many international influences have gone into making the food what it is today, from enslaved West Africans, South Indian, European colonialism and the indigenous Amerindian population – cassareep, for example, a syrup made from cassava root and the main ingredient of pepperpot, has been around for centuries. And there are some real surprises, such as conch ceviche in the Bahamas, made from sea snail, hot pepper, lime and orange juice.’

‘The Caribbean wouldn’t be the Caribbean without the people,’ says James Burdess, head of Savills Caribbean, who lived on the islands for 25 years. ‘And food and drink is such a big part of that culture. My children took flying-fish cutters [sandwiches] to school for lunch; and whenever I’m in the British Virgin Islands I seek out the same very simple place on a hilltop, run by a guy who breeds pigs and makes the most amazing pulled-pork sandwiches. Fish and ackee makes a very good breakfast in Jamaica, and you have wonderful stone crab in the Bahamas. And while roti is traditionally associated with Trinidad, we’ve found a really cool roti place on Antigua, run by a woman who moved there from Trinidad.’

‘Many of our buyers want to immerse themselves in the local culture,’ acknowledges Burdess. ‘There are gated areas and all-inclusive resorts, but it’s far more fun to be connected with the local community.’ One recent arrival is Sophie Michell, a former Young Chef of the Year and presenter of Channel 4’s Cook Yourself Thin, who decamped to Barbados from Battersea in 2020 after staying on the island with her friends Ian and Julie McNeel, who had founded Slow Food Barbados a decade earlier. She now lives with her husband and young son just above Speightstown, in a classic 1950s house by architect Ian Morrison set in mature tropical gardens, and just a short walk from the restaurant she opened earlier in the year, Local & Co.

The name is a clear indication of her culinary outlook. ‘Most restaurants on Barbados import 90 per cent of their ingredients but we’re flipping that around to locally source 90 per cent. A lot of people told us it would be impossible but I’ve spent two years building relationships with farmers, fishermen and butchers. I make croquettes and ragu from black-belly sheep reared on the island, which is gamey and wild, and use cassava and breadfruit flour for our tacos and muffins. Jamun berries are amazing, as is sea purslane, which is a wild foraged food. I’ve been working with Oink & Moo farm to age beef for 45 days, and have a great fisherman called Chicken from Moontown, a little fishing village just up the coast, who comes in with a towel wrapped around his waist because he’s been spearfishing for us and brings the fish straight in from his boat.’

Michell isn’t alone in championing local ingredients, but Local & Co is taking it seriously, making everything from ketchup to chilli sauce. Growing food in the Caribbean isn’t always easy, with land scarce or inaccessible and agriculture often disregarded as a career option. ‘The pandemic has highlighted the importance of food security and not relying on food coming from other places,’ says Michell. But villa owners on Barbados can also amble down to the Holders Farmers Market on Sundays and talk to the organic growers there, as you can at the market at Grand Cayman’s cricket pavilion, where Edna and her son sell callaloo, yam and okra, and Marilyn’s One Love Farm stall bags up plantain and peppers – as well as fresh ingredients, they provide an insight into island culture and the characters within it.

Over on the island of St Kitts, Belle Mont Farm has almost 400 acres of land, rooted by avocado and mango trees, with farmers on hand to guide guests around, foraging and picking fruit to take back to their room. The farm also serves as a food lab, with horticulturalists studying 400 varieties of mango, while the hotel’s 18-hole golf course is embedded in the landscape, weaving through farmland and orchards, which means you can pick as you play – an idea that perhaps St Andrew’s might like to consider. Other pioneers include Le Soleil d’Or on Cayman Brac, with its 20-acre organic garden, while The Brasserie Cayman has been sourcing local since 1997 – its menu has grilled wahoo with charred orchard lime and dragon fruit salsa, and a bibimbap made with garden vegetables, with a chicken coop for recycling food waste and hives for wild honey.

Well-known resorts such as Ritz-Carlton Grand Cayman and Hermitage Bay are ramping up their sustainable efforts, with organic tasting menus and more. At the iconic private-island resort Jumby Bay, with its white pavilions and rattan chairs, chef Matthew Liddell gathers crops from the garden to serve at the Estate House restaurant, while encouraging local talent in the kitchen. And James Burdess is a fan of the historic Admiral’s Inn on Antigua, where Christian Langlade, formerly of Sandy Lane and Le Christopher on St Barth’s, has just started pushing farm-to-table dining in the restaurant. ‘What’s really exciting here is when you get young local chefs returning from Asia or Europe and bringing those influences to Caribbean ingredients.’ Hopefully, the carbon-footprint stomped by flown-in ingredients will diminish and local food scenes will continue to flourish. ‘There’s nothing more luxurious than having an ingredient grown and picked locally and served in its season,’ says Michell. ‘It’s just a change of perception.’