Savills guide to the Greek islands

Greece’s islands are as varied as the homes they offer. Our guide to five of our favourite islands will help you embark on your own Greek odyssey 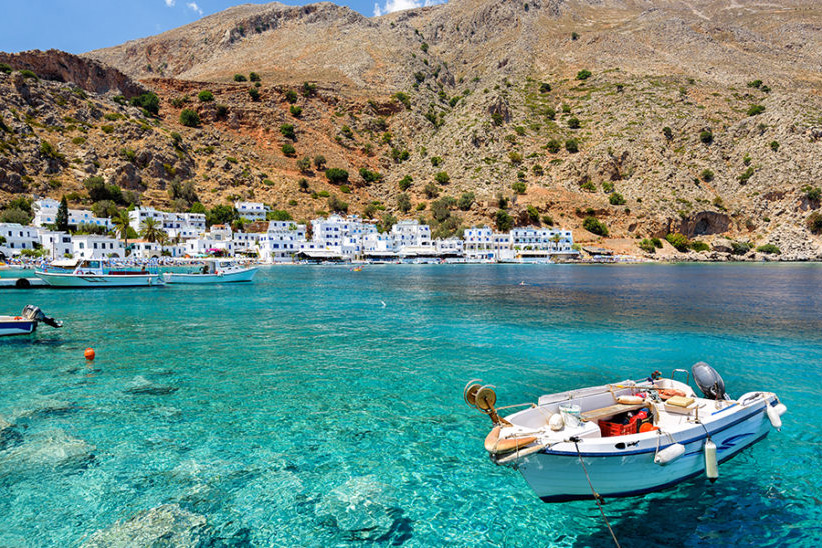 Whether messing around in boats in Corfu, walking through flower-filled gorges in Crete or enjoying a lengthy, open-air meal, the Greeks understand life’s essential pleasures. They practically invented hospitality, translating it as “friendship to a stranger”, and their welcome remains as warm as the turquoise waters that lap their languid coastline.

That coastline covers 8,400 miles, taking in thousands of islands and islets across the Aegean and Ionian Seas. And with over 200 inhabited islands to choose from, selecting the one that’s best for you can seem daunting. In general, the islands that offer good year-round life are most appealing to international buyers. Here, we explore five of our favourites and help you find your perfect fit.

As the largest Greek island, Crete provides a fabulous range of locations and properties for homeowners. Choose from a village house in the foothills of the White Mountains, a resort townhouse or a light, airy and private contemporary villa perched alluringly above the sea. Glamorous Elounda on the northeast coast is the most expensive area, but buyers are also drawn to the local charm in and around the buzzy north coast towns of Chania, Rethymno and Heraklion.

Crete’s efficient infrastructure of schools, hospitals and three airports offers an easy lifestyle choice. From hiking along its famous gorges to water fun on the beach, Crete packs in great variety, ideal for active families, and this – along with eight months of good weather and a wide choice of restaurants, bars and nightlife – keeps rental potential strong. Over recent years, Crete has also become an on-trend destination for digital nomads and those able to work from home for extended periods.

Across the island, village homes requiring renovation can be more affordable with substantial detached villas in generous, private grounds from €1,000,000, while resort homes start from around €350,000. 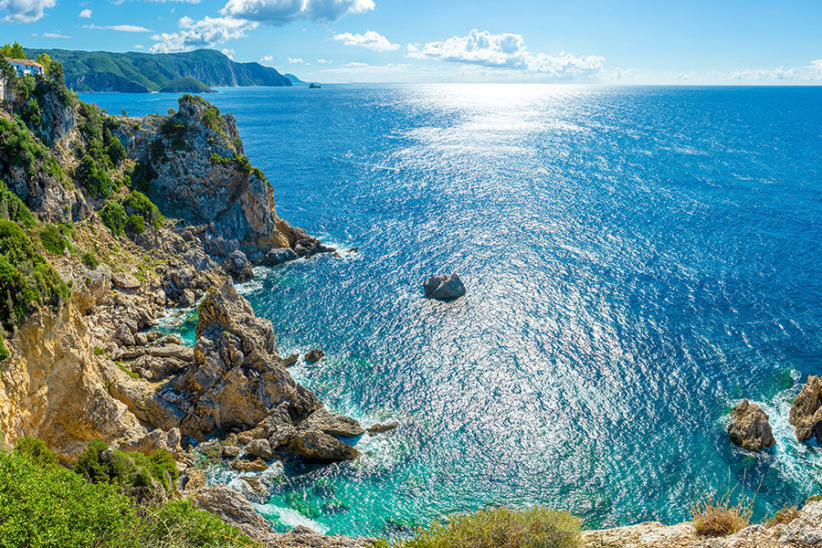 Corfu is the closest Greek island to western Europe. Its capital, Corfu Town, has a working population of 30,000 and provides year-round life. Flights into the newly upgraded airport run throughout the year and taken together, this makes the practicalities of life easier for international homeowners as well as providing strong rental returns.

Green hills, azure seas and acres of olive trees are the predominant colours of Corfu. Head to the northeast coast to find blissfully secluded coves and bays where the focus is on the safe, calm and protected waters. Homes in the seafront villages of San Stefanos, Kassiopi, Nissaki and Agni or in the steep hills surrounding them are glorious, and many owners keep their own small boat, ideal for lazy days afloat.

Property options range from €300,000 for an apartment in Corfu Town up to €10,000,000 for expansive villas in the prime northeast. Four-bedroom villas close to Kassiopi’s beach start from around €900,000. 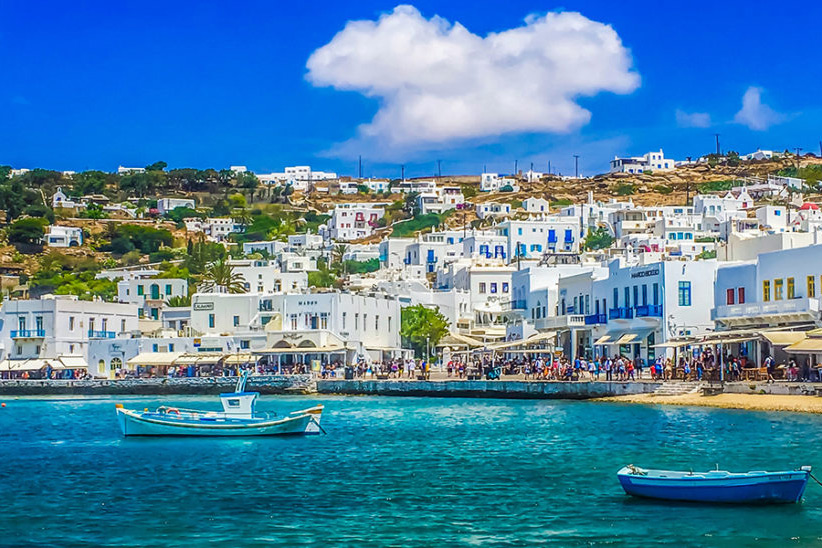 Mykonos is the party island, a cosmopolitan destination with top-notch service and amenities and an international appeal to rival Ibiza or St Tropez, with a busy international airport that helps provide a season lasting at least six months. Mykonos’s stellar reputation is so well established that even in the darkest days of international lockdowns, purchasers continued to complete on properties, sight unseen.

Come for the cosmopolitan vibe but stay for the views. Most buyers want a home that gives a wide panorama of land and sea. Areas in high demand include the perennially popular south and also Agios Ioannis, Ornos and Aleomandra, all within touch of Mykonos Town and providing perfect sunset views over long party evenings.

Semi-detached houses, often within small complexes, start from €440,000, with detached villas in large plots from €7,000 per square metre. Premium new construction averages at least €11,500 per square metre, resulting in the current highest listing of €25,000,000. 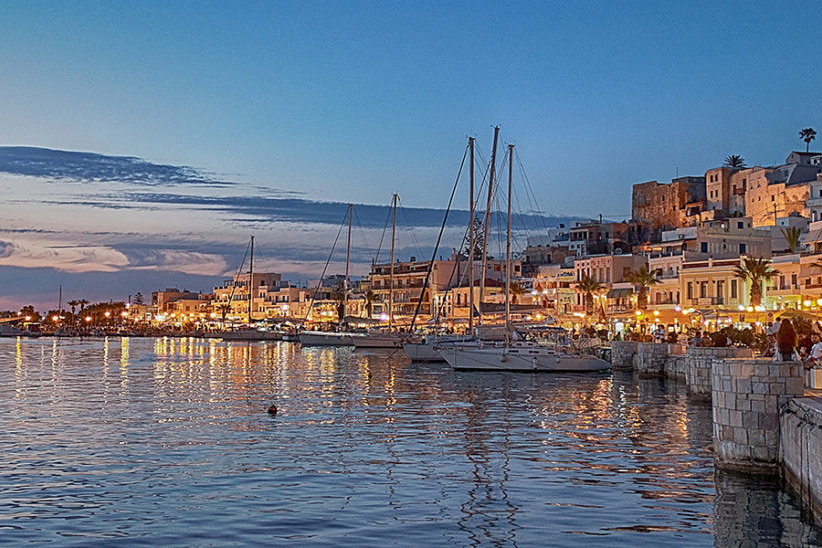 The wonderfully welcoming island of Paros has a superb best-of-both-worlds appeal. It’s cosmopolitan with high-quality restaurants, nightlife and an airport, but it’s also the quieter, family-friendly and more private alternative to Mykonos, its Cycladic sister island. Paros has villages of white cubist homes and a rural interior ringed by golden beaches. While the island is undoubtedly sophisticated, it also has a strong eco-vision with a determination to preserve its natural landscape. Little wonder that Paros is beloved by Greeks and increasingly in demand with international visitors.

The whitewashed harbour port of Naoussa in the northeast has excellent restaurants and is the top destination for international homeowners, followed by areas close to the beaches in the south. The southeast in particular is nirvana for the many windsurfers who come to Paros.

Small homes in resort complexes start from €400,000. Most homes are detached villas, typically around €1,000,000, with prices rising depending on proximity to the sea and the quality of the finishes. 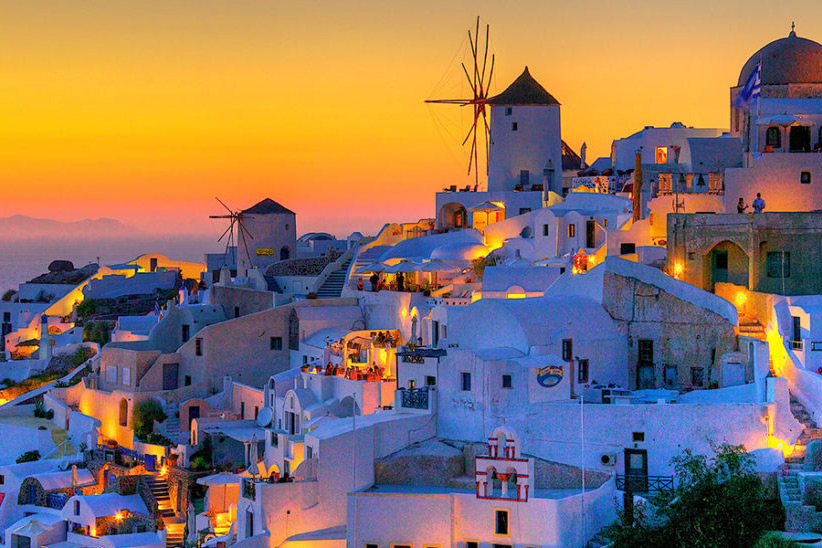 Iconic Santorini, the southernmost island in the Cyclades, has true international fame and is one of the most cherished destinations in Greece for holiday-home buyers. Its postcard-perfect beauty, clusters of whitewashed walls and blue-domed roofs tumbling down steep slopes, dramatic black-sand beaches and wonderful wide views are all part of its appeal, along with a long nine-month season, good connectivity and strong rental potential.

Property prices are highest on the west coast around the volcanic caldera, including Fira, Imerovigli and Oia. They all provide the best views of Santorini’s legendary sunsets and are sought after by investors or those focused on rental returns. Owners planning to use their property themselves often prefer the villages facing east, including Pyrgos, Monolithos and Megalochori.

An archipelago of options…

For escape-from-it-all charm with a refreshing blast of Greek spirit, consider some of the islands that are off the more usual tourist path. Folegandros, a tiny island hideaway between Santorini and Paros, serves up unspoilt nature, a slow pace of daily life and a pretty punch of Cyclades blue-and-white beauty. The Cyclades are arguably the most famed island group and include Andros in the north, Tinos, Syros, Antiparos and Naxos, the largest and the greenest. Kea, a relative newcomer to international attention, is quiet and relaxed, a popular sailing and diving location where global super-brand One & Only are developing a waterfront hotel.

Hydra, once home to an artistic community led by singer-composer Leonard Cohen, remains in its own, mostly car-free, time bubble. In the Ionian Sea, the rugged landscape of Kefalonia, the largest Ionian Island with a biodiverse national park, has golden sands on one coast and white pebbles on the other, while its sister island of Zakynthos is home to Navagio Beach, possibly the most scenic and most photographed sands in Greece – accessible only by boat.

Cathy Hawker is a property journalist who has covered international markets for over two decades. She has viewed second homes from Miami to Mauritius, reporting for newspapers and magazines including The Times, The Evening Standard, The Financial Times and Country Life