Britain’s country estates have long been sought after by those seeking privacy and a rural lifestyle. Now rewilding is a motivator too 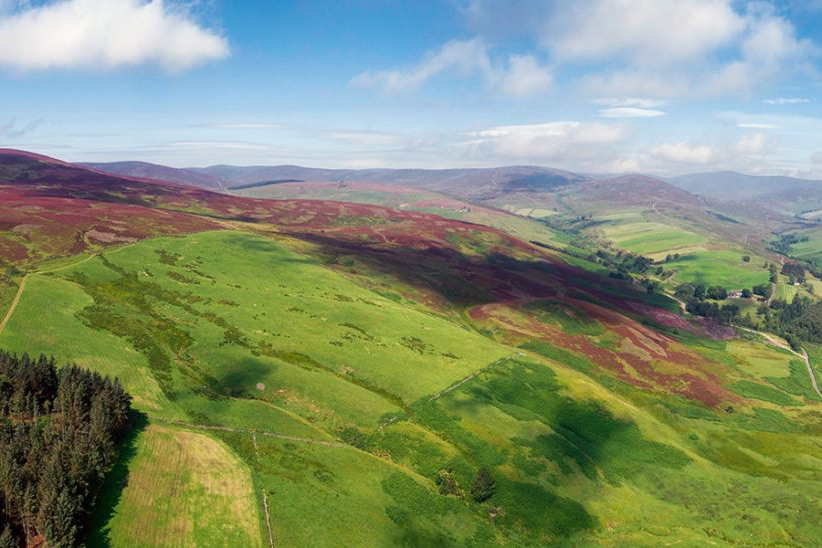 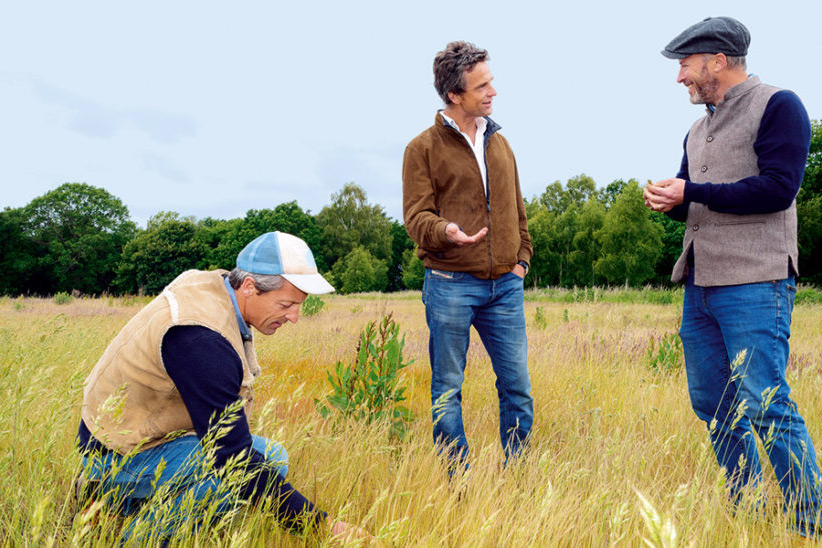 There’s something special about the role a landed estate plays in the British psyche – and has done for hundreds of years. Bricks-and-mortar markers of success in other countries are different: New Yorkers might buy a sprawling shingle-clad house in the Hamptons, the French an elegant deco villa on Cap d’Antibes, while many Italians consider our love affair with the Tuscan countryside – an agricultural province – as bizarre.

In Britain, however, a passion for the countryside is engrained in our DNA and the privilege of owning a parcel of it is held in the highest regard. It might come in the form of a classic country estate in England, a sporting estate in the Scottish Highlands, or, in a trend set by the royal family in the mid-1800s after they acquired Balmoral and Sandringham, one of each.

Over the centuries, the wealthiest of families have commissioned houses in a dizzying array of vernacular styles that today form the backbone of Britain’s built heritage. They were a means of enjoying country sports, entertaining friends and a sign of social standing.

While Scottish estates continued to be enjoyed for sport, the 20th century led to a divergence of fortunes from their English counterparts. As farming practices intensified and land values soared, institutions such as pension funds and wealthy overseas investors entered the market. English estates were regarded as an asset class of their own.

While the new millennium saw new-wealth tech entrepreneurs and financiers join the market, demand for country estates declined as other lifestyle destinations, such as Mustique, Verbier and Ibiza, competed for attention. In early 2020 we witnessed something of a reset, however. In the English estates market, it was one of the busiest years on record, with around double the number of transactions valued at over £15,000,000 taking place against a normal year – much of it in the discreet private market. Meanwhile, in Scotland, buyer registration for rural property increased by 98 per cent. This hive of activity continued into 2021, where Savills saw record levels of activity across Scotland, with local teams having sold 81% more properties compared with average volume over the past five years.

The reasons echo those that underpin the wider rural renaissance: a desire for space and an appreciation of nature dovetailing with the normalisation of working from home and an ever-improving rural broadband network liberating workers from their bases in the capital. But buyers both of Scottish and English estates are increasingly citing another reason for entering the market: doing their bit for the environment.

“There have always been multiple reasons for buying estates,” says Alex Lawson, Head of Savills UK Rural Agency, who has a 28-year perspective on the sector. “Yes, there have been times when it was about one-upmanship between successful financiers but custodianship of the land – and the responsibility for looking after it – has always been part of the mix. What’s new is that buyers are now saying rewilding is one of their motivations.”

Evelyn Channing, Head of Savills Rural Agency in Scotland, breaks down these new buyers into three distinct types: “As the pool of buyers has grown, traditional sporting enthusiasts are being joined by three new parties: institutions and companies drawn by the potential to offset carbon emissions; those who see an emerging market in natural capital and want to get in early; and those who want to make a personal contribution to conservation through projects including rewilding.” There have always been outlier buyers in Scotland whose motivations were environmental, adds Evelyn: “But prior to the recent focus on climate change and concerns about biodiversity, they were the exception rather than the rule.”

The movement to rewild the British landscape has gained a lot of traction in recent years, not least with the publicity surrounding Charles Burrell and Isabella Tree’s work on their Sussex estate, Knepp, which they decided to rewild in 2001. Knepp is now home to an astonishing array of biodiversity and has become a much-celebrated conservation success story, attracting many rare species and transforming the landscape from what had been an underperforming arable farm to untamed wilderness. Ecologists who visit are consistently amazed by the amount of wildlife that has returned; last summer white stork chicks hatched in the wild on the estate – the first time this has happened in the UK for centuries.

Rewilding projects and regenerative farming practices are now taking hold across the British landscape. One of the most surprising projects, given its target area is so intensively and successfully farmed, is WildEast. Established by Hugh Somerleyton, who owns a 5,000-acre estate near Lowestoft in Suffolk, WildEast is co-run by fellow East Anglian farmers and landowners Oliver Birkbeck and Argus Hardy. Their aim is to persuade as many as possible in the region to return 20 per cent of their land to nature. The move aims to reverse the damage caused by what they view as the “double lock” of agricultural chemicals and subsidies. “Since these were introduced, we haven’t been farming, we’ve been mining the land – taking things out but not putting anything back,” explains Birkbeck.

While many traditional estates have always been run with a strong sense of stewardship in their approach to land management, Birkbeck believes that over the past 50 years an obsession has developed with the bottom line as the only indicator of value. “It’s a construct of economic growth that takes no account of nature and requires a systemic change of attitude,” he asserts.

The WildEast team are quick to point out that they aren’t advocating an end to farming. “We aren’t suggesting turning over prime agricultural land to nature,” says Somerleyton. “It’s about investigating ways of farming more sympathetically with the land. WildEast is providing a network of knowledge that can help everyone make that change.”

Birkbeck inherited the 2,000-acre Little Massingham Estate in Norfolk from an aunt. His first step was to return an area of heathland back to its pre-war wilderness state by fencing off 500 acres and introducing Highland cattle and wild pigs. Despite the poor-quality soil, it had been farmed since the Second World War. “In three years, I’ve watched the landscape galloping back to life with turtle doves, purple emperor butterflies and other creatures that so desperately missed the complex mosaic of things that nature provides.”

The move wasn’t popular at first; locals called it messy. But now it forms a firm part of the Massingham identity, attracting visitors and helping to fuel Little Massingham’s glamping business. “New estate owners, and those looking to buy with a view to nature recovery, will gain tremendous pleasure watching how it responds to this kind of stewardship,” he says.

While Knepp has grabbed plenty of headlines, it’s not the first estate to embrace nature conservation on a large scale. Over the past few decades, large swathes of the Scottish Highlands have been bought or inherited by a new breed of landowner with a passion for reviving the rich biodiversity of the wild terrain.

“These eco-lairds are not opposed to sporting pursuits but see them as part of a greener approach to land management that embraces regeneration, as pioneered by the late tycoon and environmentalist Paul Fentener van Vlissingen at his estate, Letterewe,” explains architectural historian Mary Miers, author of Highland Retreats.

Paradoxically, she points out, ecological stewardship is an expensive business and, although small hydro schemes, wind farms and eco-tourism ventures have provided significant new sources of income, only those with deep pockets can afford to implement this vision on a large scale.

Scotland’s vast wealth of natural capital has put its land on the radar recently, but the phenomenon is not entirely new. “Until now, the only Scottish estates to produce a significant income are the few that have benefitted from hydro schemes or hosting wind farms – the precursors to the concept of natural capital,” suggests Miers.

The market for Scottish estates has certainly been oxygenated by these opportunities, as demonstrated by two of the largest estates sold by Savills in recent years. Kildrummy in Aberdeenshire, which had a guide price of £11,000,000, is a traditional mixed estate that sold to international buyers who acknowledged its green income-producing assets, including established forestry plantations and a wind farm. The Urlar Estate in Aberfeldy was bought for the potential opportunities it has for ecosystem services such as carbon sequestration and water filtration rather than its 7,400-acre grouse moor or salmon fishing on the River Tay.

Natural capital opportunities are not limited to the Scottish Highlands, of course. Peatland landscapes sequester 370 million tonnes of carbon dioxide a year – enough to offset the emissions of nearly 80 million passenger vehicles, according to Molly Biddell, Savills Policy Analyst of Rural Research.

As the government moves away from subsidy payment, the way estates are valued across the UK is changing. With future policy assessed against natural-capital principles, Savills has introduced whole-estate reporting to deliver triple bottom-line data – environmental, social and economic – on rural assets.

“There are unquestionably entities that are entering the estates market not only as a result of social responsibility, but because they see that it’s commercially the right thing to do,” says Lawson. “But let’s not forget that a fine country estate is also a superb place to live – a beautiful house in a wonderful setting. Landed property is seen as a safe place to put money in times of uncertainty and those who have been successful will aspire to buy the best property available – a country estate is precisely that.”