Our gardens are more important than ever as places for sanctuary and socialising – as the trends at the RHS Chelsea Flower Show 2022 proved. They’ll soon be trickling down to a green space near you 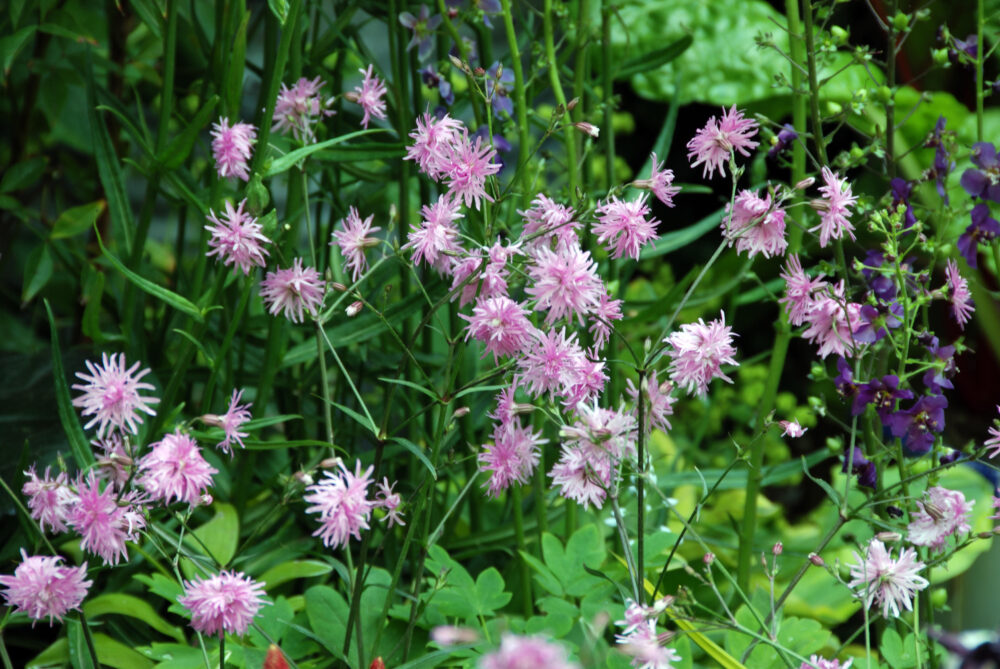 And… relax. Leave your garden to get a little wild and you’ll be spot on. If this year’s RHS Chelsea Flower Show is anything to go by, the horticultural mood of the moment is woolly and welcoming – which will translate into trends for the year to come.

That doesn’t mean saying farewell to the stripy lawn and the herbaceous border. “People will always like formality and bursts of colour, but they also want variety,” says Crispin Holborow, Country Director of Savills Private Office. “Where they would once go from the white garden to the topiary garden to the terrace, now they mix the manicured with the informal and natural.”

Prolonged periods of confinement over the past couple of years have deepened our relationship with our outdoor space, whether it is finding new areas in which to enjoy it at different times of day, or fully appreciating the joy of sharing it with the birds and the bees.

“People have come to realise the therapeutic powers of nature,” says David Harber, whose large-scale sculptures were displayed on a striking stand, sponsored by Savills, at this year’s show. Clients now want his signature pieces not only to draw the eye to a certain spot, but to act as an enticement to visit. “The space invites you to be immersed in it, to destress and be energised by it.”

This “immersive” experience creates a sense of sanctuary, with seating areas surrounded by abundant planting – a “room” hidden away from the world. The beauty of native trees and flowers is being rediscovered: hawthorns will be everywhere this year, along with Scots pines, alders, cornus and willows. And wildlife-friendly flowers such as cow parsley and ragged robin are no longer considered weeds. Instead they’re grown alongside traditional perennials to create a loose, informal style.

In keeping with this naturalistic approach, hard landscaping is often stone slabs or crushed aggregate, both recycled. Medite Smartply, a new sustainable outdoor MDF, is championed by Sarah Eberle, while wood is back in a big way, from green oak buildings to sensuously curved benches and beautiful garden furniture such as that made by Gaze Burvill.

Simon Burvill, Gaze Burvill’s founder, also reports a huge rise in demand for outdoor kitchens, along with kit such as wood-fired ovens and teppanyaki grills. Greenhouses, meanwhile, are no longer just for seedlings and tender plants, says Nelly Hall, brand director at Alitex – they are being used as social spaces in which to gather. Inside-out, or outside-in, the “rooms” in our gardens have become more important than ever for health and happiness.

Pictures from top: The Stitcher’s garden display at this year’s Chelsea Flower Show (Getty); a David Harber sculpture forming part of his display at Chelsea, sponsored by Savills; ragged-robin, a meadow flower (Alamy)