Jasper Conran: A life in houses

Designer Jasper Conran has bought and restored a string of English country houses. He talks about his love affair with these historical beauties 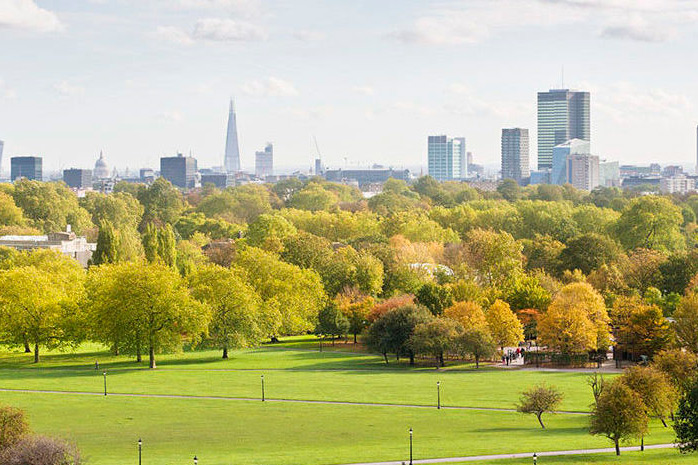 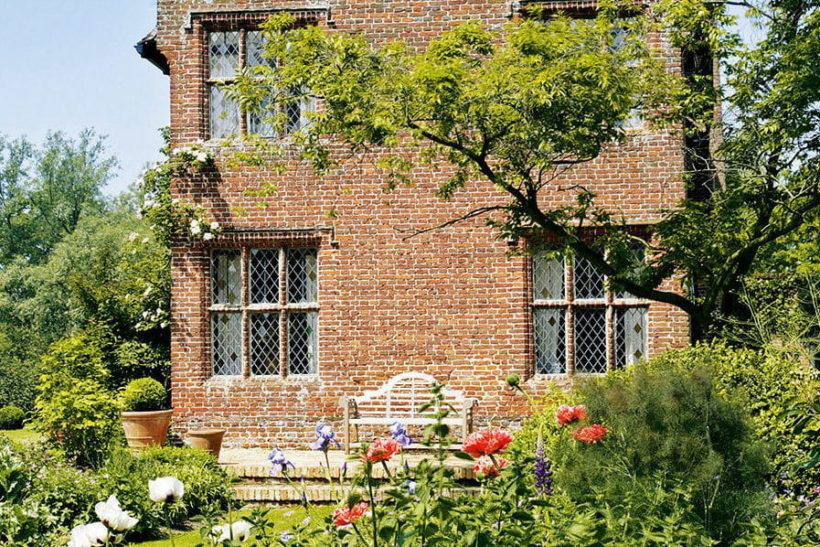 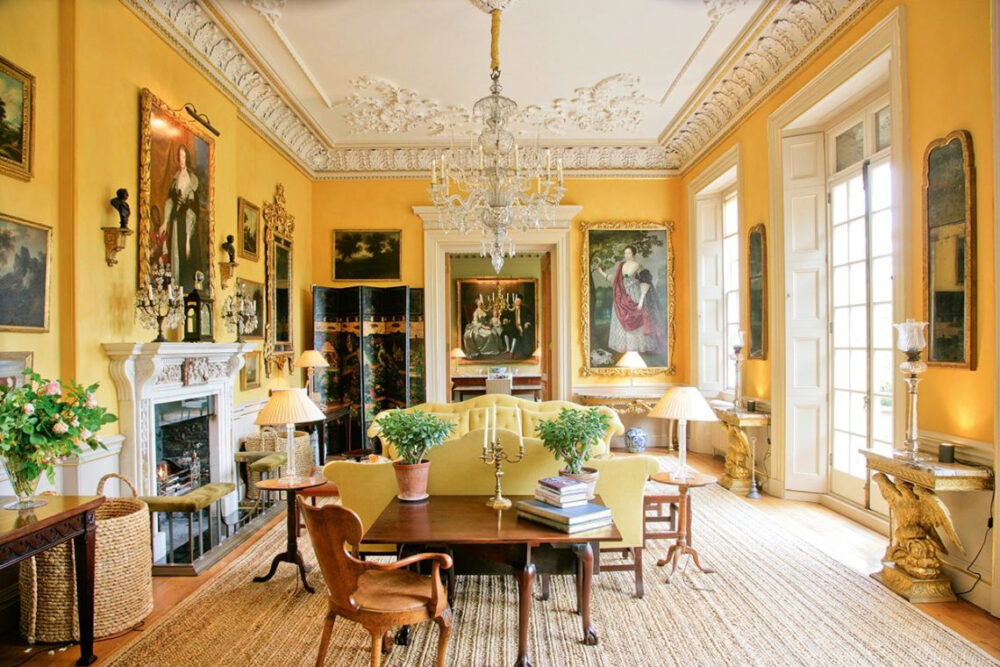 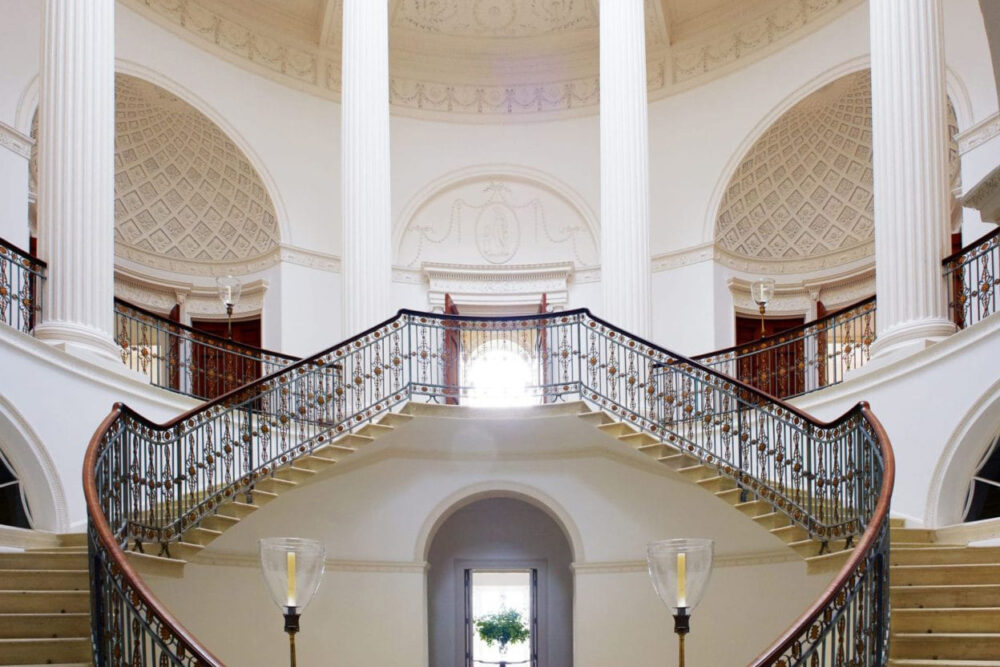 “I fell in love with English country houses when I was about six,” says designer Jasper Conran from his home in Dorset. “I think I had some folies de grandeur from this very young age. My imagination would run riot as I thought about all that they could be and how much they needed my help. I knew that when I grew up that would be something I would want to do.”

The Conran name, of course, was made famous by his father, the legendary Sir Terence Conran. For many, Jasper Conran is renowned as a highly creative designer, first for his fashion lines (at 19 he was designing for Henri Bendel) and then for homeware – everything from glassware (for Stuart Crystal) and china (for Wedgwood, his Chinoiserie range in particular being a perennial bestseller) to linens, fabrics and wallpapers. Then there are his set and costume designs for operas and ballets. What is perhaps less well known is his abiding passion for English country houses.

To trawl through the homes Conran has bought, loved deeply, done up and lived in is to come upon some astoundingly beautiful houses. Here are eight that showcase this lifelong love affair.

It began, as most property stories do, relatively modestly with half a house in Primrose Hill, North London. “I paid about £39,000 for it,” says Conran. “I was thrilled. It was the first place of my own but I wasn’t really tuned into all the nuances of interior design, so it was very spare, with bare floorboards and white walls.”

Several years later, in 1984, Conran bought a house in Regent’s Park Terrace for £160,000. Here he began to flex his interior design skills: again, a combination of bare floorboards and white walls but he used accessories such as an enchanting chandelier which showed his instinctive understanding that the highly decorative needs space to be properly seen. “I always thought it better to have a few beautiful things than a host of mediocre ones,” says Conran now.

In the recession of 1987, Conran’s business in the US crashed. “When things improved economically, I bought a flat in Lancaster Gate through Savills, and so began my long relationship with them.” This home remains his London base and – like all the others – started off being very spare, but as time went on, became what he describes today as “cosy”. It is furnished in what has become a signature Jasper Conran aesthetic – plain white sofas, 18th-century paintings and a mixture of modern and antique furniture.

Flemings Hall is a gem of an Elizabethan manor house with a Saxon moat, which Conran bought in 2002 from the photographer Angus McBean. “It had been a long-held dream of mine to own it,” says Conran, who found the house himself, while Savills handled all the negotiations.

“My methodology is to go into a house and uncover what the story is,” he says. “Under the fitted carpets I discovered ravishing floorboards. I stripped lots of wallpaper and lime-plastered the walls. I put in roll-top baths, restored the chimneys, and in the kitchen used reclaimed oak and Belfast sinks. Then I turned my attention to the five acres surrounding the house and put in lots of trees and plants.”

Ravishing though Flemings Hall was – and Conran still thinks it one of the most beautiful houses he has ever owned – he sold it for about £2,000,000 in 2006, asking William Duckworth-Chad, of Savills Private Office, to handle the sale for him. “Fundamentally, I was lonely. I knew no-one there and the journey there on the motorway was always fraught.”

In no time at all, Conran had fallen in love with Walpole House on Chiswick Mall. “I found it in a local newspaper,” says Conran. “It turned out to be this astonishing sleeping beauty. It was a fully panelled, late-17th-century house; it was very dowdy, but it hadn’t been spoilt at all. I offered to buy it there and then [allegedly for some £7,250,000] and the sellers, the Bensons, wanted to be sure that I would look after it – it was quite a vetting process. “

Conran then embarked on an intensive restoration project, with a focus on the old basement kitchen and the store rooms. But, in 2008 he decided to sell. “In the end,” he says, “I felt stranded there. It took hours to get to work and for people to come to dinner.”

Duckworth-Chad introduced him to Lindsay Cuthill, who now looks after Savills Country Department. It says something of the fine job Conran had made of the house that the first people who walked through the door offered the full asking price (rumoured to have been £12,500,000) on the spot.

This brings us to Ven House, which Conran describes as a “spine-chillingly real Rococo country house with a massive double-height hallway and, in the front, an enfilade of rooms”. The country house historian Henry Avray Tipping thought it the equal of Chatsworth and Belton in “representing the ideal of a country house”. Conran saw it advertised in a magazine and contacted Cuthill again to help him buy it. “The wonderful thing about Lindsay is that he has this knack of making both the buyer and the seller feel as though they’ve got a good deal.”

Ven House took five years to restore, including the beautiful orangery that Decimus Burton designed in the 1800s. “I sold it,” says Conran, “because running it was very expensive and almost a full-time job.” Having bought it for some £8,000,000 he sold it through Savills for £10,000,000.

Next, through Savills again, Conran found a large apartment in New Wardour Castle – a Palladian mansion designed by the architect James Paine with additions by Giacomo Quarenghi, who had helped build St Petersburg in Russia. “It was the light that sold it to me,” Conran says. “It has high-ceilinged rooms bathed in sunshine and, for once, I didn’t have to do very much to it. I just painted the walls and moved in my furniture.” With his signature plain walls and 18th-century paintings and furniture, it exuded an air of classic tranquillity.

There was one last Conran move – or, rather, he says it is his last. He sold New Wardour Castle for more than £4,000,000 and bought Bettiscombe Manor from his step-mother, Lady Caroline Conran. “We went to dinner and, by the end, we had done a deal. I think she knew I would love it. We asked Lindsay Cuthill to do the valuation. Some of my other houses were grander, but this one is the prettiest and the sweetest. It was built in 1620 but it was made-over in 1695 and that is all intact. I always loved the house, but I never cast a proprietorial eye over it until Caroline told me she was thinking of selling. Of all the houses I’ve owned, it’s the one I’ve done least to – Caroline had done a big restoration when she bought it in 1986 and I just repainted it and moved in.

“My husband [the Irish artist Oisin Byrne] has told me that under no circumstances are we ever moving again. I couldn’t find anything I loved more. Now if I buy property, it is called a hotel.”