From Modernist masterpieces to beautifully designed private residences, world-class architecture is at the core of daily life in the Catalan capital 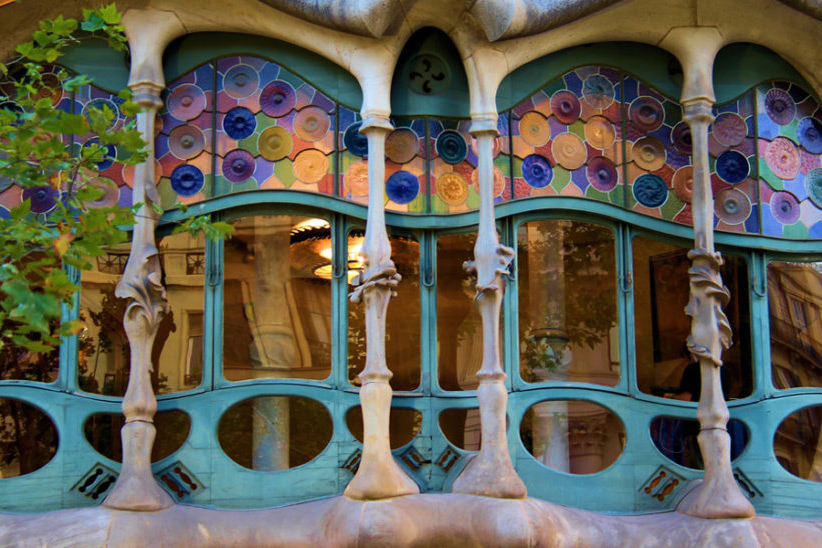 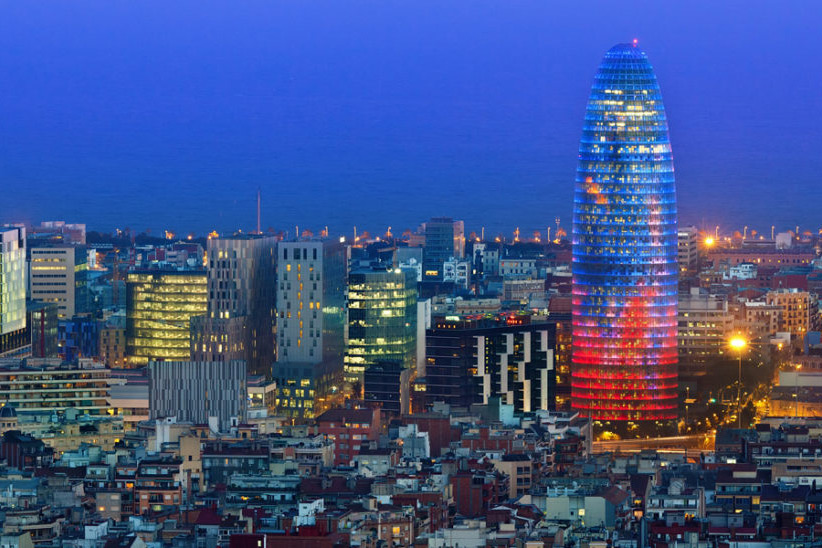 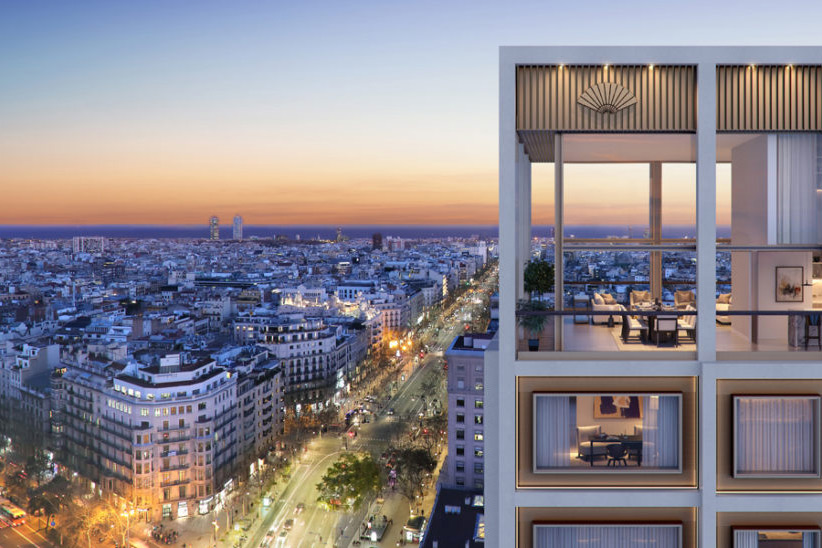 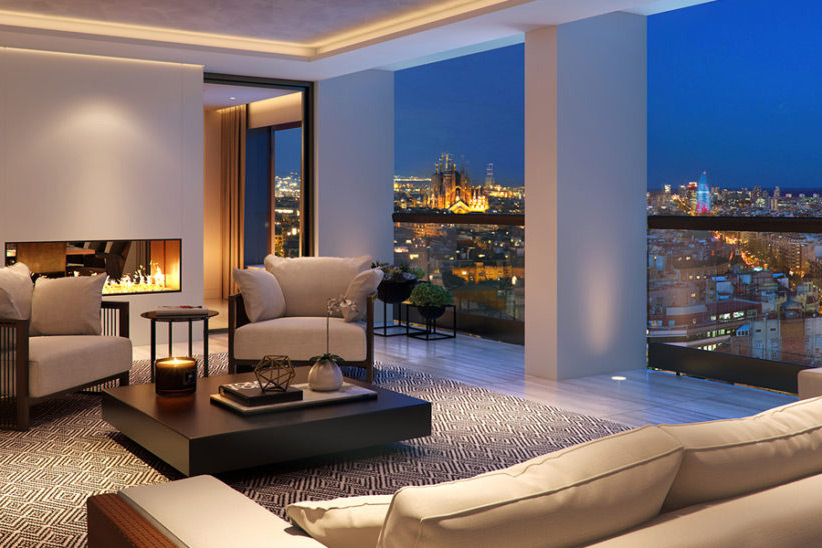 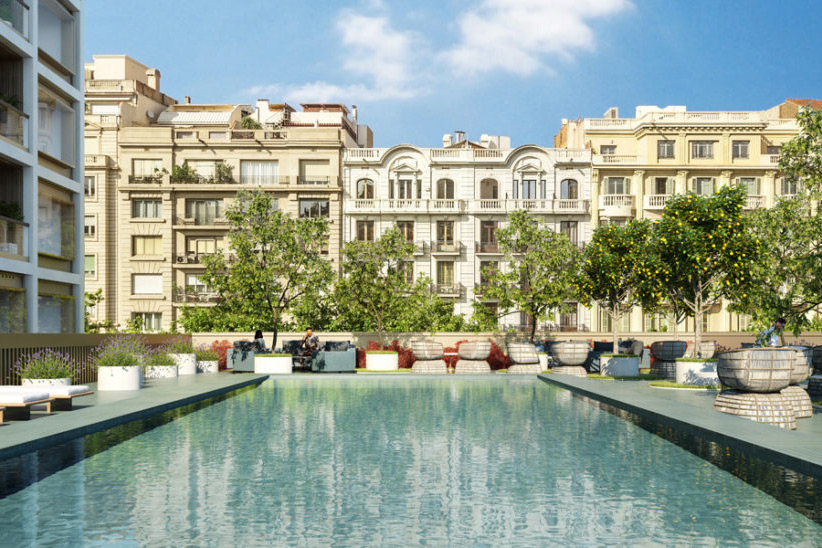 Architecturally, Barcelona is a city of beguiling contrasts, ranging from the floridly decorative Modernist – or Art Nouveau – style to futuristic structures that shot up in the wake of the 1992 Olympics. The city is synonymous with several iconic landmarks on a grand scale. The most famous is the Sagrada Familia basilica – Catalan architect Antoni Gaudí’s swansong – situated in the central neighbourhood of Eixample. Further east in the Poblenou district, which overlooks the Mediterranean, is skyscraper Torre Glòries, designed by French starchitect Jean Nouvel and completed in 2005. The immense tower’s exterior incorporates LED lights whose colours morph and shimmer to dramatically iridescent effect at night.

Yet Barcelona is mostly built on a more human scale. In Barri Gòtic, to the east of spinal boulevard La Rambla, medieval buildings flank narrow, labyrinthine streets. In true Barcelona style, the area knits together old and new elements. Its 14th– and 15th-century architecture benefited from extensive urban restoration work undertaken at the time of the Olympics and today its buildings house everything from boho-chic bars and barbers to the expansive Picasso Museum.

By contrast, Eixample is spacious. Masterminded in the 19th century by construction engineer Ildefons Cerdà, its grid of wide avenues features blocks with chamfered corners that free up space for pavement cafés and animated chance encounters. It hugely expanded the city’s parameters and was colonised by the city’s middle classes.

Some of Barcelona’s best-known Modernist buildings – by Gaudí, Lluís Domènech i Montaner and Josep Puig i Cadafalch – line Passeig de Gràcia, the area’s wide, busy thoroughfare that links large square Plaça de Catalunya and northern neighbourhood Gràcia. One of them, the arrestingly eccentric Casa Batlló, a house remodelled in 1904 by Gaudí, has a curvilinear façade, irregularly shaped windows, a colourful mosaic fashioned from shattered ceramic tiles and an arched roof some have compared to a dragon’s back.

Eixample was crucial to the establishment and consolidation of the city, says Alejandro Torres, Senior Sales Agent on the Investment Team at Barcelona-based estate agent Lucas Fox International Properties, a Savills associate: “Before, Barcelona had consisted of villages, such as Gràcia, Sant Andreu and Sants, which were later connected by Eixample.”

Similarly pivotal to the growth and evolution of the city’s town-planning was the 1992 Olympics. This was spearheaded by Catalan architect and urban planner Oriol Bohigas, founder of MBM Arquitectes, who died last year. He reversed an unfortunate chapter of the city’s postwar history which saw new factories clog up the coastline and cut the city off from its beaches. Bohigas effectively reoriented the city by reconnecting it to its waterfront.

“Barcelona had been closed to using architects from other countries until the time of the Olympics,” notes Mohammed Adib, managing director of Barcelona-based architecture studio Intercon. “The city had previously relied on a roster of well-regarded Spanish architects, but many didn’t have experience of designing mega projects, so the city began to enlist foreign architects.”

Norman Foster co-designed the 288m-tall Torre de Collserola, a TV and radio transmitter tower on Tibidabo, a hill overlooking the city, in 1992. American architects Richard Meier & Partners designed Museu d’Art Contemporani de Barcelona (MACBA), which opened in 1995. And Herzog & de Meuron’s triangiular Forum Building, which hosted the 2004 Universal Forum of Cultures, gave a new lease of life to a stretch of no-man’s land where a water treatment plant once stood.

Now seamless yet multifaceted, Barcelona holds huge appeal for various reasons. International house-buyers are mainly drawn to the city centre and its high concentration of what Torres calls “classical buildings”, which often boast covetable, hand-crafted original features. “People who buy properties here want to feel a part of the city’s history – they look for homes with such typical Barcelona features as façades with ornate ironwork balconies, entrances with carved wood doors, hallways with beautiful murals and mosaic floors.” Another quintessentially Barcelona feature is its volta catalana – vaulted ceilings lined with bricks and featuring wooden or steel beams.

Barcelona’s classic buildings are typically four storeys high, although in Eixample many boast six floors. Apartments on the floor called “principal” – the first floor or, in houses where there is an entresuelo (mezzanine) above the entrance hall, the second floor – were traditionally occupied by the building’s wealthiest residents. The ceilings on these floors are higher and so appeal to many buyers. Yet flats in the lower-ceilinged top floor are also sought-after, says Torres: “There’s a market for homes on the top floor – or the sobreático – where concierges lived a century ago. Referred to now as penthouses, these might have lower ceilings but they enjoy more natural light and access to a roof terrace.”

He cites two remarkable, three-bed apartments in Eixample currently for sale through Savills (see below). One – located in Quadrat d’Or, Eixample’s elegant core – is a renovated, light-filled apartment with an intricately patterned mosaic floor and ceiling painted with a celestial scene of angels framed in gold. The other, occupying a “principal”, has 4m-high ceilings and original features – enormous, wood-framed windows – combined with modern-day amenities (a communal gym and swimming pool).

Architects based in the city today often appreciate its traditional architecture, and incorporate elements that nod to it in their projects. “In addition to the combination of mountains and sea in Barcelona, we love its town-planning – its mix of modern and classical styles and Gaudí’s uniquely iconic world,” say architects Esther Mir and husband Masaaki Higashi, co-founders of Barcelona practice Mas-aqui, who live in Gràcia in a converted, 1924 warehouse near Gaudí’s Parc Güell. “For architects, Barcelona offers more opportunities to refurbish buildings than construct new ones,” says Mir. In their home, she and Higashi retained a volta catalana and lined floors with typically Spanish terracotta ceramic tiles.

New to the city is Mandarin Oriental Residences, Barcelona, a redevelopment of an office building, located at the intersection of Passeig de Gràcia and Avinguda Diagonal. Designed by high-profile Barcelona architect Carlos Ferrater, founder of the practice Office of Architecture in Barcelona (OAB), the building incorporates 34 apartments and penthouses with vast windows affording wraparound views of the city, sea and mountains. “The residences’ windows frame emblematic places in the city, the port and the sea, the Sagrada Familia, Montjuïc, the axis of Diagonal with Passeig de Gràcia,” says Ferrater. “The windows accentuate the sense of spatial flexibility in their interiors, which also have intermediate spaces and small terraces.” The interiors were designed by London-based studio Muza Lab.

Such privileged, aerial views allow residents to survey Barcelona’s districts and landmarks – and see how architectural styles interlock like a giant jigsaw, enticing them to explore the many neighbourhoods stretching out in all directions.

In a prime location on one of Barcelona’s most famous boulevards sits Mandarin Oriental Residences, Barcelona. Developed by KKH Property Investors, the Residences are the first standalone residences in Europe from the renowned hotel brand. The 20-storey tower is the tallest residential building in Barcelona and has some of the most spectacular views of the iconic city.

“One of the most significant aspects of the apartments is box windows with views that establish a relationship between the house and the streets,” says Ferrater. “I see the tower, located next to the end of Eixample and beginning of the traditional neighbourhood of Gràcia, as a symbol of the modernity of the city.”

“The sixth floor provides services such as a residents’ lounge and bar, meeting rooms, a gym and an outdoor pool,” elaborates Ferrater. “Residents can cross a lightweight footbridge to the front building’s garden terrace that recalls Barcelona’s open spaces and modernist, Gaudinian architecture. Here there are orange and jacaranda trees and emerald green tiles in a checkerboard pattern, reminiscent of Gaudí’s designs for Park Güell.”

Nearby is the five-star hotel Mandarin Oriental, Barcelona, also on Passeig de Gràcia, a well-loved landmark and popular hangout among Barcelona’s citizens and overseas visitors alike. Owners of Mandarin Oriental Residences, Barcelona will enjoy such services provided by staff trained by Mandarin Oriental as a 24-hour concierge, valet, maintenance, housekeeping and security.

Dominic Lutyens is a London-based journalist writing about design, architecture and fashion for BBC Designed and The Financial Times, among other titles. He has reported on new developments in design as far afield as Toronto and Tel Aviv, and co-authored the books 70s Style and Design and Celia Birtwell.