A vibrant creative scene can drive change in a neighbourhood. We spotlight five new art hubs that offer homebuyers a real buzz 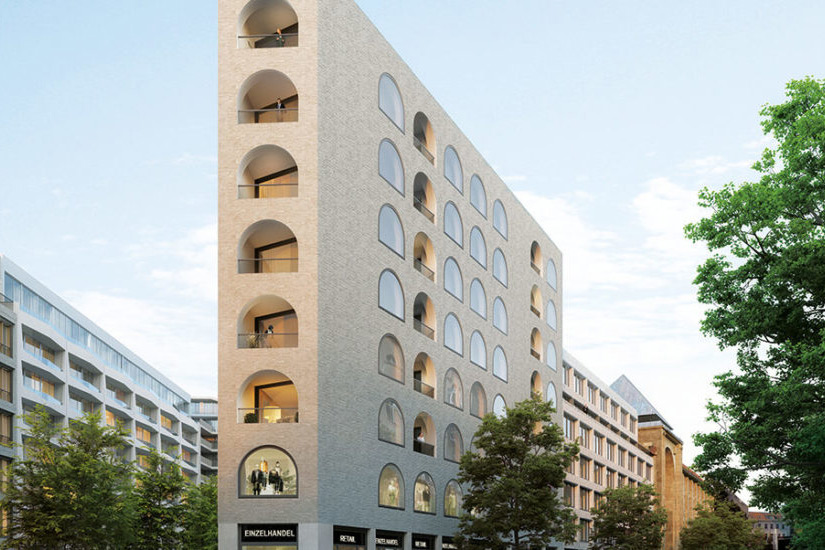 Young creatives and artists have a reputation for shaping cool neighbourhoods, often on the fringes of cities where the prices of property and lettings are at their most affordable. “Art can drive change and development, and all the elements that create a sense of place,” says Hugo Thistlethwayte, Head of Global Residential Operations, Savills. Take areas such as London’s Shoreditch or Miami’s Wynwood, which were both dilapidated and edgy but became fashionable and buzzing after developers hitched their wagons to the emerging art scenes there. So where are they eyeing now?

When the Berlin Wall fell, artists from the east and west converged in a pre-war building on Oranienburger Strasse, close to the city’s famous Alexanderplatz. They formed an artistic community and launched Künstlerinitative Tacheles and, by living and working there, prevented the dilapidated building’s demolition. Up until 2012, it remained a hub of creative energy.

After purchasing the land in 2014, investors commissioned architectural practice Herzog & de Meuron to create a masterplan for a vibrant mixed-use development, says Thomas Zabel of Savills residential agency in Germany. AM TACHELES will comprise 10 new buildings around the original structure, five of which are residential, with a health club and 24-hour concierge. “AM TACHELES will transform this area with a mixture of working, living, shopping and culture, together with green squares and public thoroughfares,” says Zabel.

The area is still beloved by the art community, with local residents including artist Tina Winkhaus, collectors Erika Hoffmann and Julia Stoschek, as well as the KW Institute for Contemporary Art and Swedish photography museum Fotografiska. 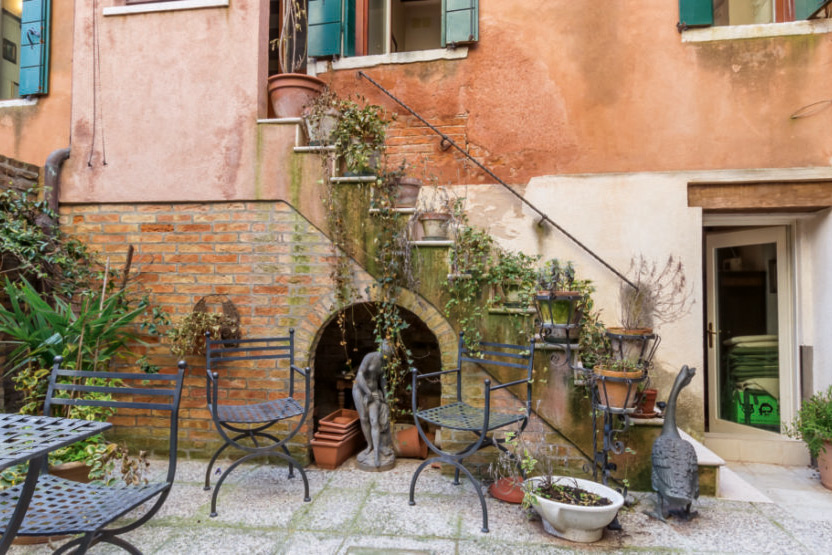 Every other year in May, the art world converges on Venice for the Biennale, the 126-year-old celebration of contemporary art. Many of the exhibitions are at the Giardini, a historic public park on the edge of the city, but as the festival has grown it has spilled over into the Arsenale, a cavernous docklands area that, in its heyday, was the largest industrial complex in Europe. The area has also welcomed the Teatro alle Tese and the Teatro Piccolo Arsenale, as well as the Giardino delle Vergini, created by Piet Oudolf.

Arsenale, and the intimate squares and streets that make up its district of Castello, has seen the ‘Biennale effect’, drawing artists and collectors in, says Filippo Gaggia, co-founder of Views on Venice Estates, a Savills associate. “It’s a more authentic Venetian neighbourhood with a number of traditional businesses serving the local community,” he says.

The eastern side of Lisbon, by the banks of the river Tagus, used to be an industrial site. Nowadays it is a lot brighter. In 2017, the Marvila neighbourhood was chosen as the location for the annual Muro Urban Art Festival. It had already been earmarked as an investment zone, with public areas such as the lush riverside Parque Ribeirinho Oriente breathing new life into it, while celebrity architect Renzo Piano has designed the multi-use development Prata Riverside Village.

In neighbouring Beato, a new entrepreneurship campus called Hub Criativo do Beato is helping to cement Lisbon’s burgeoning reputation as a tech capital. So far, it has attracted companies such as Factory, a startup club founded in Berlin, and Mercedes-Benz.io, the car manufacturer’s digital arm, and will also host a craft brewery, Browers Beato. “No doubt, this area will draw a new mix of international and local residents who love the art and the riverfront living,” says Patrícia de Melo e Liz, CEO of Savills Portugal. 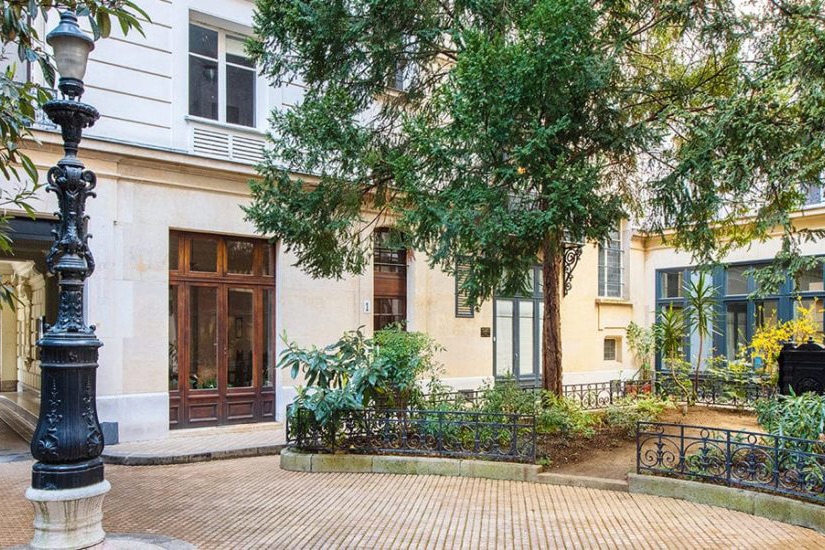 You don’t have to go far in Paris to find creative, dynamic neighbourhoods, and the cafés of Montmartre were a famous meeting point for many of the city’s most celebrated artists. Now, an area just outside it, between the 18th and 9th arrondissements, is being adopted by a chic new crowd. “It is where the young creatives are moving,” says Hugues de La Morandière, Founding Partner of Varenne, a Savills associate.

This is an area dedicated to Parisians, not tourists, with red-brick buildings, old workshops and ateliers. It is the home of fashion designer and LVMH Prize-winner Marine Serre, electronic music label Ed Banger Records, creative space Chapelle XIV, which showcases emerging design and contemporary art, and the second outpost of the artist-in-residence programme Cité Internationale des Arts. Alongside these hubs, coffee shops and new rooftop bars are springing up; and a short distance away in the 9th, there is even a hotel, Hoy, dedicated to yoga. 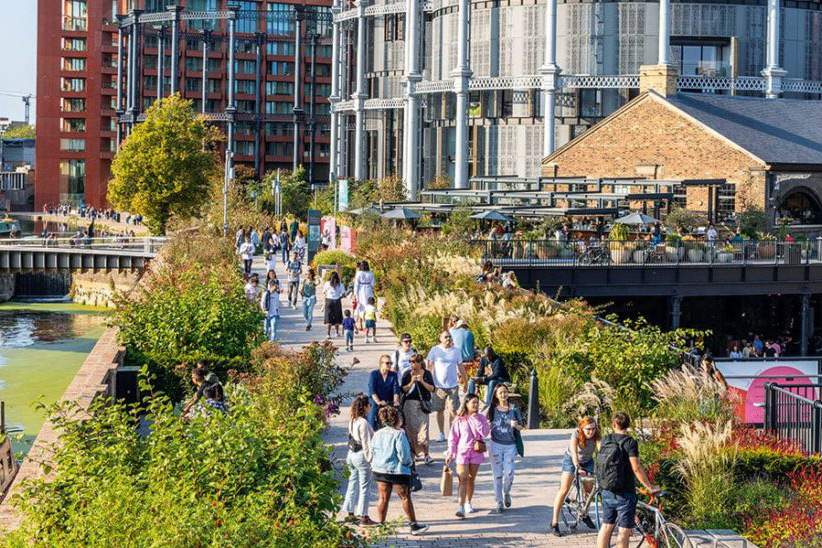 Famous for its rave scene, King’s Cross was synonymous with a hedonistic youth culture. Now the district is undergoing a major regeneration, with some 67 acres of industrial land being transformed into living, working and shopping spaces.

In 2011, Central Saint Martins moved into the area, housing its students in and around a former granary and two transit sheds, which “completely changed the vibe of the area,” says Nina Coulter, Director, London Residential Development Sales, Savills. Then came The King’s Cross Project, a programme of art commissions for buildings and outdoor public spaces. Google reaffirmed its commitment to the area with the development of futuristic new offices. Luxury residences like the Gasholders – a development of 145 apartments and penthouses built into the original Victorian cast-iron frames – are bringing a new profile to the neighbourhood.

A gamechanger was Coal Drops Yard, the former site of the marshalling yards in the 19th century, re-envisioned by Thomas Heatherwick. The red-brick viaducts are now home to Tom Dixon’s The Coal Office, the hub of the designer’s latest experiments and collaborations, as well as a collection of cool shops and restaurants. “The area still has an edge, but now it has a great community too,” says Coulter.