A quintessentially English Grade II listed country house in need of some modernization, set within 1.32 acres including a swimming pool, self-contained cottage, stables and paddock. 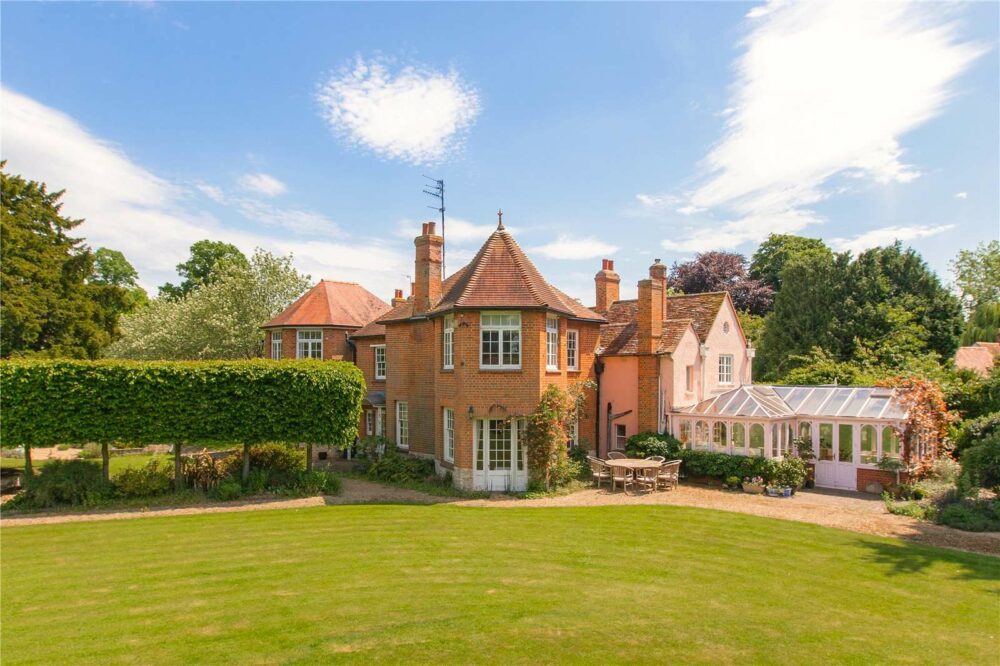 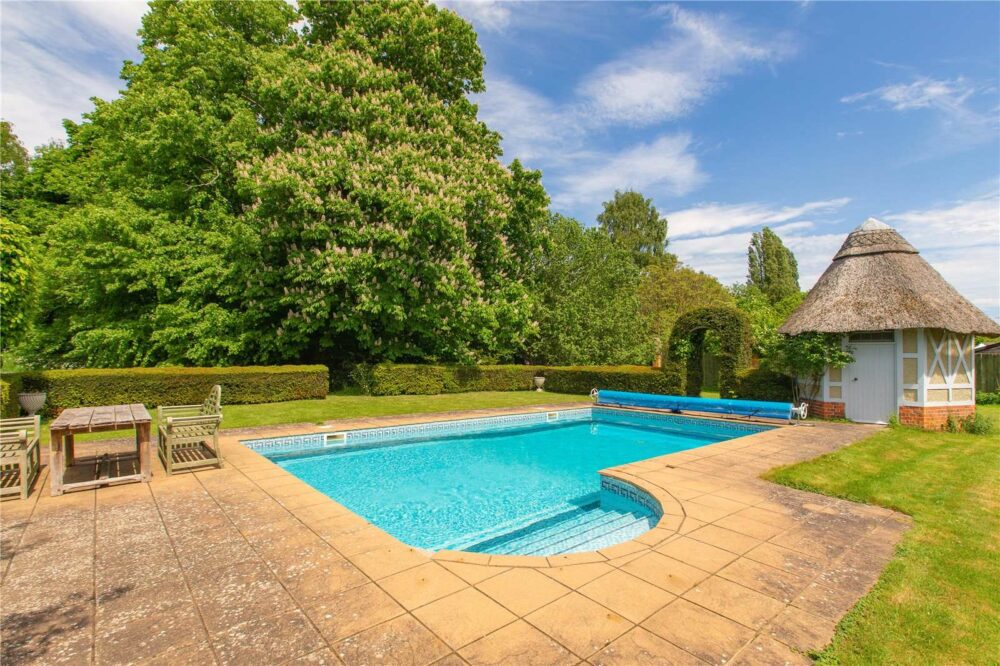 Wonderfully eclectic and individual, Blenheim House is a well-loved family home that effortlessly fuses a mixture of architectural styles. Tucked away down a short driveway, and beyond the spreading canopy of a magnificent copper beech, the first glimpse of the house is a visual delight. Decorative lead canopies curve over the upper windows and a rose festooned porch welcomes you in.

Originally two cottages built in the 18th centaury, in 1910 the house was added to with a wonderful Victorian hexagonal tower providing an elegant drawing room and bedroom above. In 1912 a further wing was added, replicating the earlier, providing a large dining room and further bedroom above. Both wings feature multi paned sash windows and doors, with glazed panels either side, making for light filled rooms and wonderful views over the gardens.

The spacious central hallway with its fireplace and tongue and groove panelled walls leads on to all ground floor rooms, ensuring a pleasing flow.

The drawing room features an ornately carved fireplace surround with marble slips and hearth, a coffered ceiling, picture rail and deep skirtings. The atmospheric dining room reproduces these design features and boasts a bespoke mirrored dresser to one wall. Both rooms have doors opening to the gardens beyond.

The kitchen/breakfast room offers a warm welcome with its Aga and open views through to the inviting west facing conservatory. There is a larder, walk in china cupboard, pantry and separate electric hob and double oven.

Also off the hallway are a sitting room, study, boot room, cloakroom and cellar.

From the first floor, steps lead to large bedrooms in both of the two wings. One has an en suite shower room and there is a bathroom between. These rooms would make a spectacular principal bedrooms suite, repeating the character of the rooms below.

Above the older part of the house are four further bedrooms, a further bathroom and a shower room. A large roof lantern floods natural light throughout the upper floor.

Cottage and Stables – Situated at the entrance to the driveway, this two bedroom cottage is attached to two enclosed stables. One of these now provides further living accommodation or a studio to the cottage. The second, with a mezzanine, is presently used as a garden store. At the far end is an attractive open bay car port.

Outside – The gardens are gracefully divided into distinct areas. The main lawn is bordered by old red brick walls and mature herbaceous planting. The middle garden, encased by its semi-circular pleached hornbeam hedge, follows the contours of the stone fountain, now used as a gravel garden interplanted with herbs. The pool garden is enclosed by yew hedging and sporting a thatched hexagonal pool house. A paddock, with mown paths meandering through, lead on to the two stables and a tack room, surrounded on all sides by mature woodland.