An exceptional Grade II listed country house in the Edwardian style with far-reaching views and excellent proximity to Winchester. 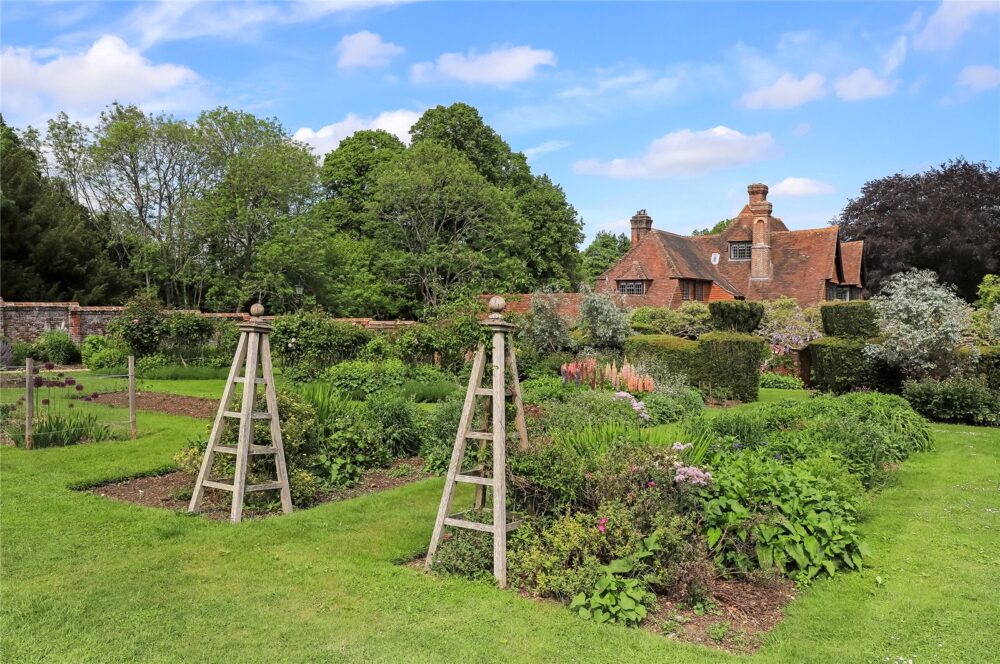 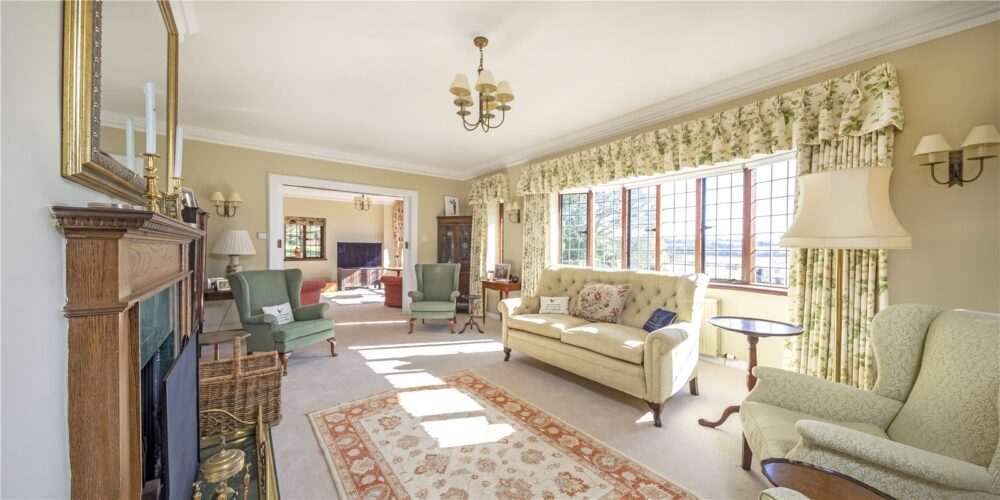 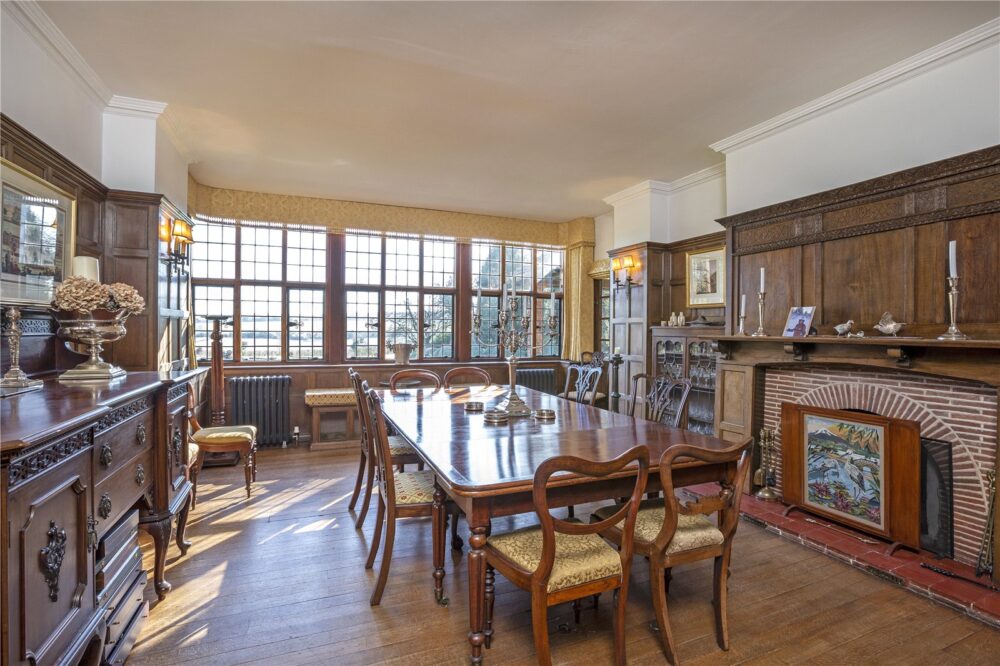 Sparsholt Manor provides beautifully proportioned and elegant accommodation with the principal reception rooms designed to make the most of the elevated setting and the exceptional views. The house retains many features and characteristics of the Edwardian era including polished oak floorboards, impressive fireplaces with stone surrounds and some handsome panelling. The front door opens into a reception hall on the north side of the house with a panelled sitting room found to the left hand side. Ahead, a door opens through to the morning room which has double doors linking through to the adjacent drawing room. A panelled dining room completes the trio of formal reception rooms along the south side of the house, with a pretty loggia to either side. There is also a study, and cloakroom. The current owners have created an exceptional kitchen/ breakfast room on the west side of the house which is a wonderful informal living space with French doors opening onto a large, south facing terrace. There is an excellent range of fitted cupboards, an Everhot range cooker and a walk-in larder. Beyond the kitchen is the back hall with a boot room, gun room and cloakroom.

The wide first floor landing gives access to five bedrooms including the substantial principal bedroom suite with a bathroom and dressing room and two family bath/shower rooms. On the second floor there are two further bedrooms and a large bathroom.

Cottage, Annexe and Outbuildings To the west of the house the former coach house and stable block has been adapted to provide secondary accommodation as well as storage. To one side there is a superb 1 bedroom cottage, ideal for guests or staff and providing a good-sized sitting room and kitchen on the ground floor and a bedroom and bathroom on the first floor. The far side of the coach house is currently used as offices with a shower room and kitchenette and therefore easily adapted to provide a further annexe if required. There is a garage, garden store and workshop.

Gardens and Grounds Sparsholt Manor sits within superb gardens and grounds which maintain much of their original layout and are listed in their own right. The main driveway approaches the house from the north-east giving a glimpse as you arrive of the spectacular views over the gardens to the south. It leads to a wide parking and turning area to the north of the house. There is a second driveway, also opening onto Woodman Lane. The house faces south over a York stone terrace with formal lawns and herbaceous borders. Two flights of stone steps lead down to the main lawn, divided by a rill fed from a masque fountain and flowing down to a circular pool to the centre of the lawn. A ha-ha and a hedge separate the main garden from the meadow beyond. Within the grounds there are a variety of specimen trees. To the West of the house, a wisteria clad pergola leads down to the ogee roofed summerhouse which is a copy of one found in Triggs’ own garden at Little Boarhunt near Liphook. Beyond here is a walled kitchen garden with some beautiful formal planting. The Astroturf tennis court and swimming pool (heated by an Air Source Heat Pump) are both found to the east of the house.