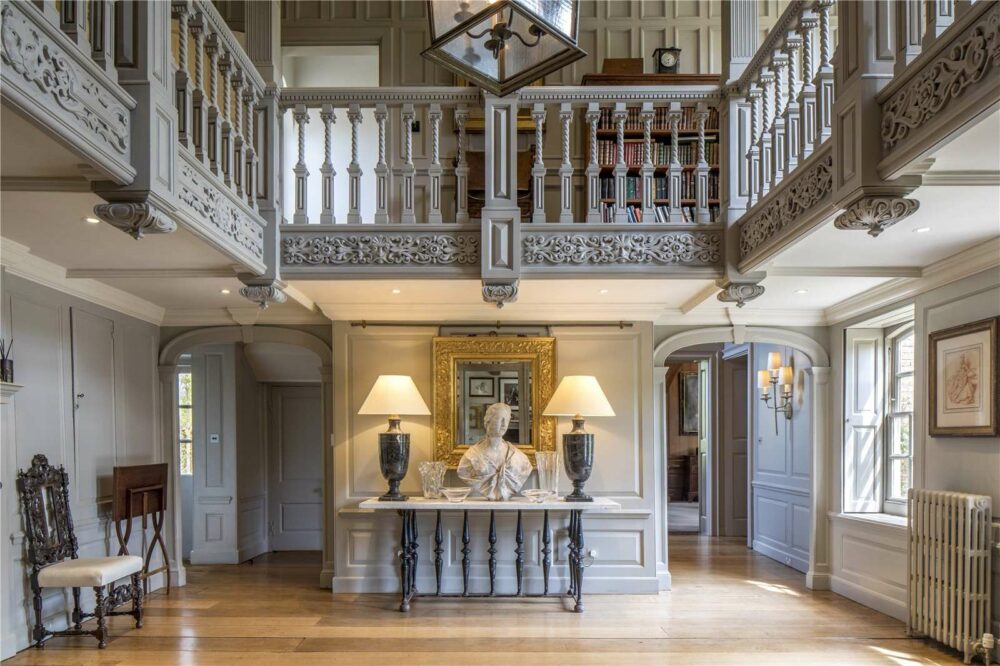 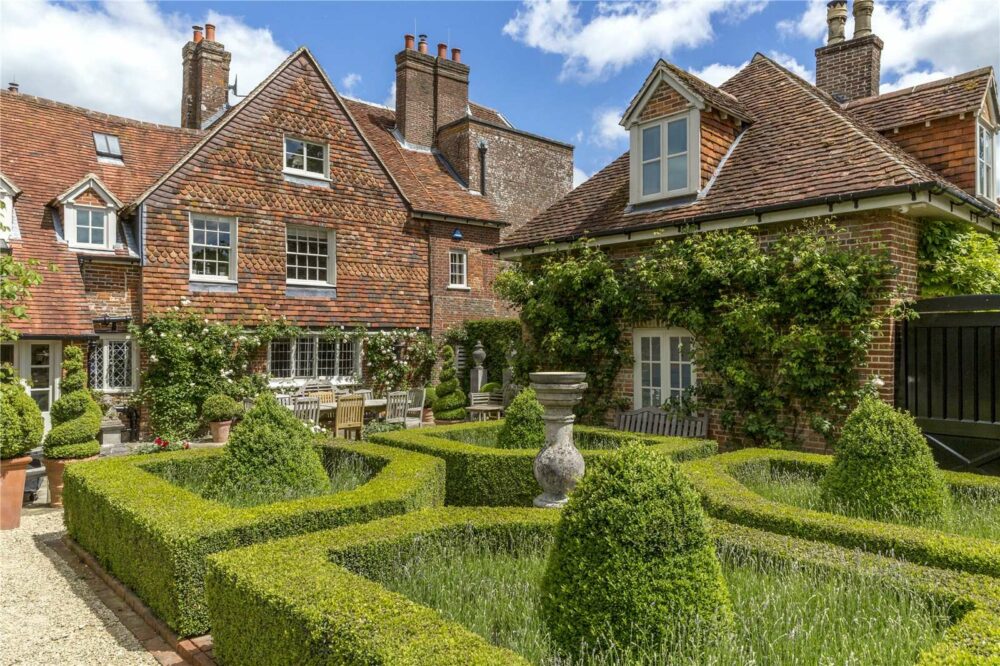 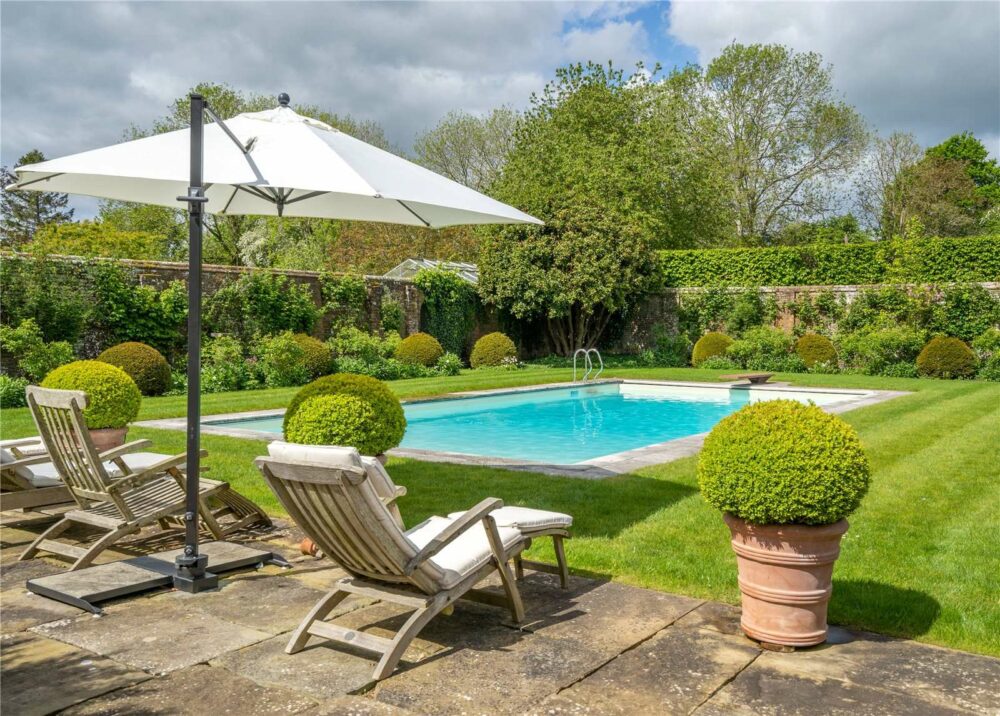 Kilmeston Manor is an outstanding Grade II* listed house, with Tudor origins, and is documented in Nicholas Pevsner’s Buildings of England. With an early 18th century main façade, it has been added to at various points in its history, and has recently been comprehensively renovated for modern, 21st century living, with the addition of an impressive new dining room.

The well-maintained formal gardens have been beautifully landscaped, with an avenue of cherry trees leading to the tennis court and swimming pool, an orchard, a prepared space for a kitchen garden and a charming knot garden next to the kitchen. Rows of pleached lime trees frame the stunning formal entrance and enclose further parts of the garden and a mature yew cloud hedge has been created alongside the western boundary.

Outbuildings – To the south west of the property and accessed from the secondary drive are the outbuildings, constructed of a variety of brick and tile, and wooden weather boarding comprising garaging and a garden store. In the north part of the garden, there is also a charming summer house, formerly an apple store, of knapped flint with brick dressings, a thatched roof and gothic windows. A perfect playhouse or separate office.

Gardens and Grounds – These are a particular feature of the manor and have been thoughtfully and classically created. Extensive formal gardens and more informal grounds surround the manor house. The property is approached via a gravel driveway, which leads up through mature trees to the impressive main entrance, which is framed by clipped yew hedging, topiary and rows of pleached limes. This main entrance courtyard is enclosed by low walls with wrought iron railings, the entrance gate is flanked by ornate stone piers topped with neoclassical Coade stone urns. Two small formal lawns and rose beds lie on either side of the wide, original stone paved path, which leads to the main front door.

To one side of the entrance at the front, a large flat expanse of lawn – once a grass tennis court – lies to the eastern side of the house and is used for croquet, marquees and general games. The woodland area beyond contains mature specimens of yew, oak, tulip trees, cedar of Lebanon and larch, and is a carpet of daffodils and bluebells in the spring. At the bottom, on the other side of a garden wall, near the main gates, are two fields, which lie on either side of the lane. A public footpath (hidden from the house) runs behind the wall, through one of the fields and leads directly to the National Trust Hinton Ampner estate beyond.

To the rear of the manor, a gravel path leads through a large wrought-iron gate to the back. An avenue of wild cherry trees leads to a further iron gate at the end, with access to the tennis court beyond. On one side of the cherry avenue is a small garden, enclosed by a beech hedge, with a thatched, brick and flint summer house, believed to date from 1906 and a lawn dominated by two old mulberry trees. On the opposite side, a wide flag stone path leads along the back of the house to the walled swimming pool garden, kitchen knot garden, orchard and two greenhouses. There is a separate pool room with boiler, water treatment and related facilities.