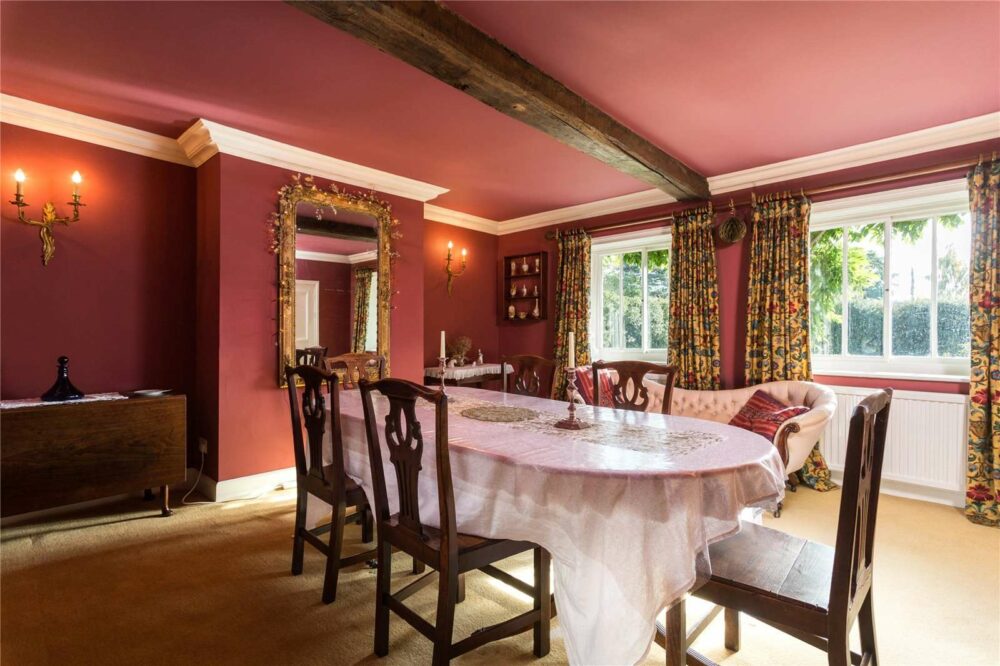 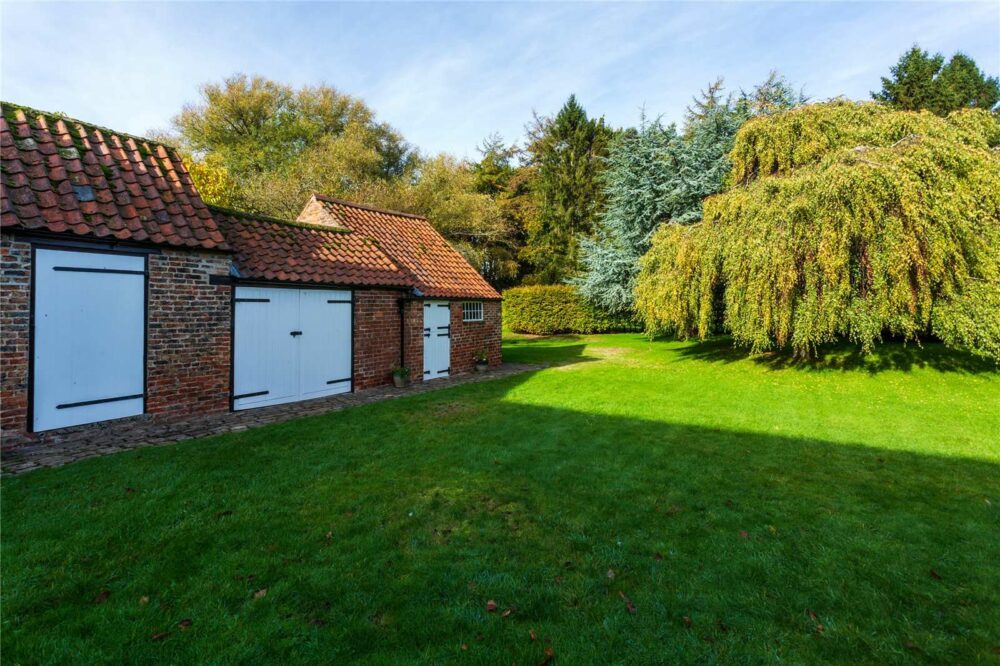 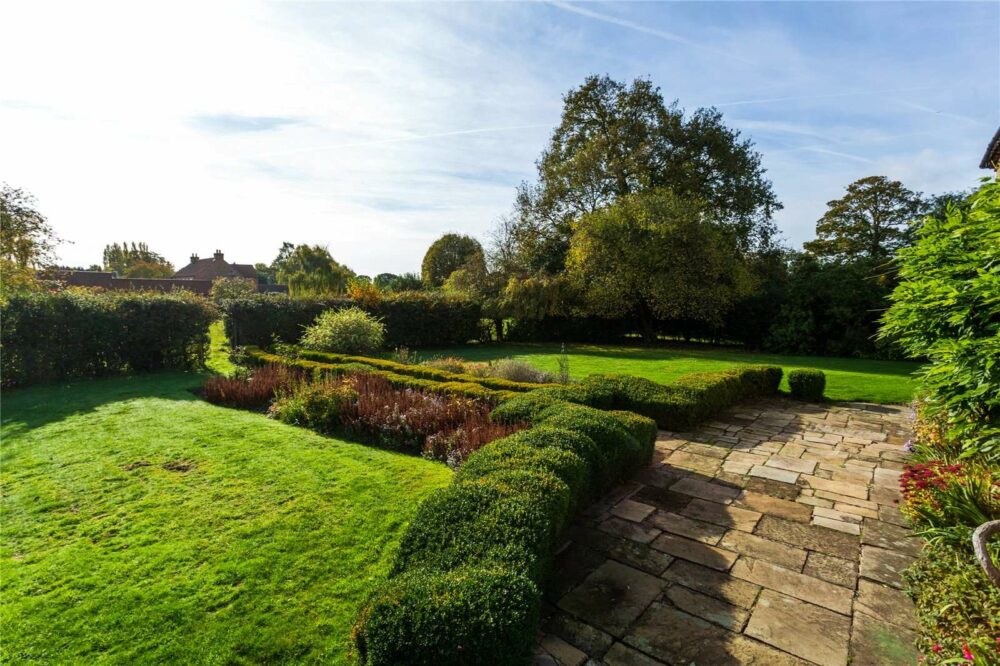 Dating back to circa 1760, this superb Georgian brick built farmhouse stands on a substantial plot of about eight acres of paddocks, woodland and beautifully landscaped gardens.

With an excellent layout, the rooms are all of generous sizes. The property has striking period features throughout including exposed oak beams, ceiling roses and coved cornicing.

There are two well proportioned reception rooms to the front of the property, both with exposed wooden beams and typical Georgian windows, the sitting room features a particularly impressive inglenook fireplace. Continuing through the ground floor there is a kitchen dining room leading to a sizeable utility, a study and a cloakroom.

To the first floor there are four bedrooms and a house bathroom with separate bath and shower. The principal bedroom suite features two built in wardrobes and an en suite bathroom.

Steps lead up to the second floor which features two useful rooms which would lend themselves to a variety of different purposes.

There are several outbuildings including a boiler room, steam room, garage and games room as well as a large workshop/garage extending to 906 Square foot and a further games room.

The mature gardens have been carefully landscaped, with manicured lawns flanked by planted borders and hedging. The property sits in about eight acres of paddocks and woodland and also has the benefit of a tennis court.