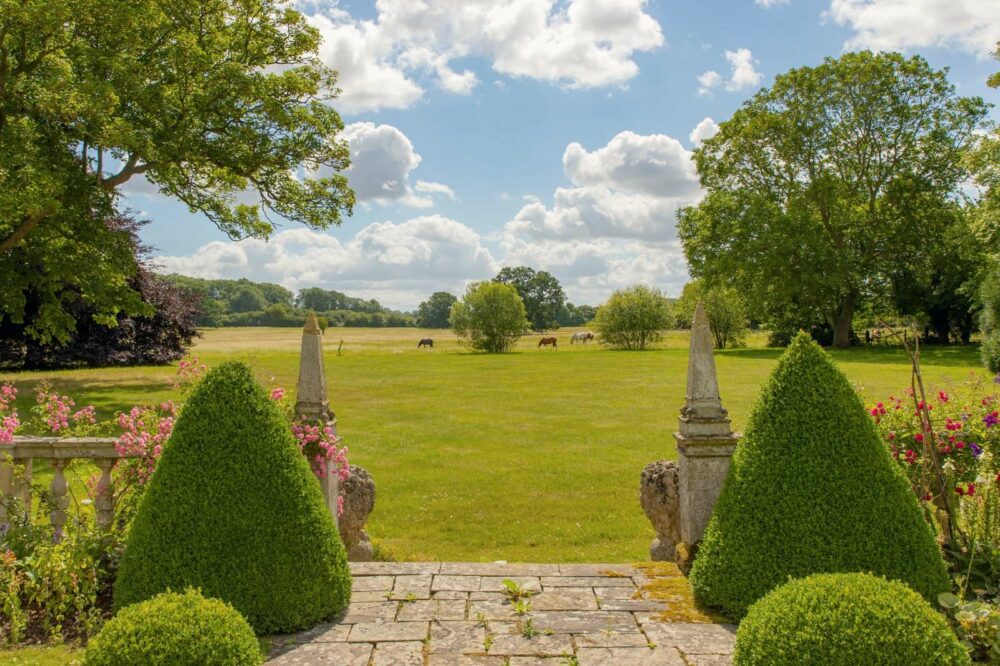 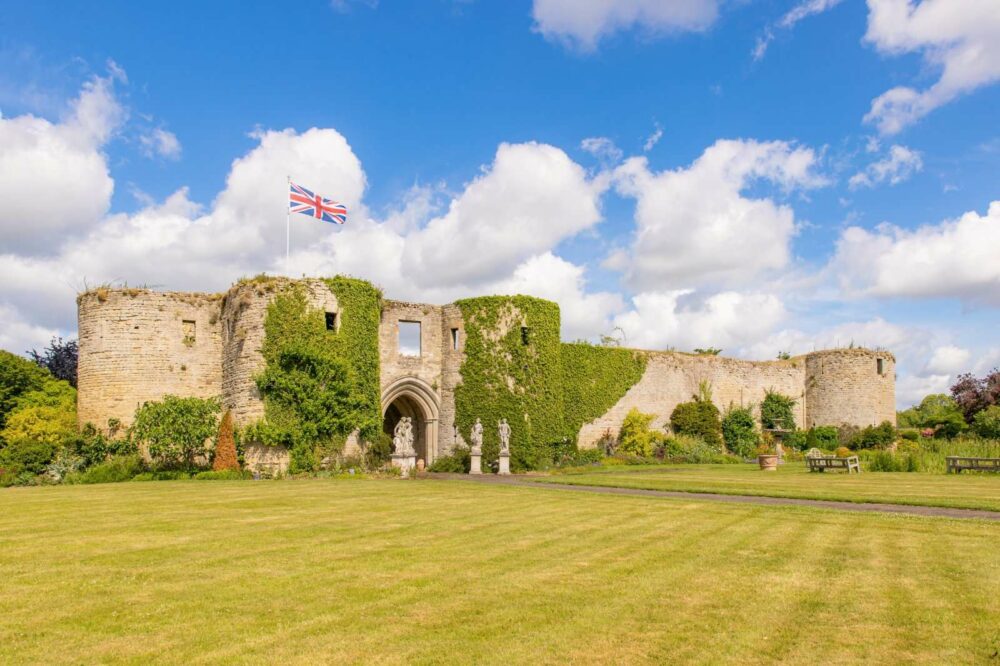 An attractive Grade II Listed manor house, positioned half a mile to the north of the rural village of Barnwell, Barnwell Manor offers a high degree of seclusion and sits within its extensive gardens and grounds of circa 27 acres.

It is constructed with square coursed limestone elevations, with limestone ashlar dressings and facades beneath Collyweston slate roofs.

Occupying a slightly elevated position, the main tree lined driveway rises from the lane, Armston Road, passing through landscaped gardens and wrapping around two ides of the Barnwell Castle site to an extensive gravelled turning sweep to the front of the Manor. Double gates within the impressive Coach House, positioned just to the north of the Manor, lead into its courtyard, with garaging and stables, with access beyond to the secondary driveway which wraps around the northern boundary of the property and back to Armston Road.

The history of Barnwell starts with the Castle, commissioned in around 1266 by the Le Moyne family. Following an inquiry which concluded there was no licence obtained to build the castle, it was returned to the Abbotts of Ramsey whom had held the land before Berenger Le Moyne, and with whom the castle remained until the dissolution.

The Estate was granted to the then chief justice of the Kings Bench, Sir Edward Montagu in 1540 by King Henry VIII. Barnwell Manor, built in the 16th Century was enlarged and further developed by other members of the family over the 17th, 18th and early 19th Century.

In 1938 the estate was sold to the late Duke and Duchess of Gloucester, where further internal remodelling was carried out. It was the childhood home of the now Duke of Gloucester and his brother, Prince William.

The Manor comprises four reception rooms, eight principal bedrooms and five bathrooms, aside from significant ancillary accommodation and combines the impressive grace, symmetry and proportions of the era, coupled with retained period features.

The front entrance hallway has 17th century panelling with an ornately plastered ceiling with vine leaf decoration and the Montagu family’s crest, and sets a fabulous tone to the entrance of this impressive house, with a dual-aspect library, alongside. Steps rise from the entrance hall through a reeded pilaster flanked archway to the wide main staircase hallway, which accesses the three principal reception rooms, along with a flower room entrance to the east of the Manor. Each reception room has solid wooden floors, impressive panelling, cornicing and period fireplaces, along with southerly views of the gardens and parkland. The dining room has a full width bow windowed gable, the sitting room, to the left, 18th century style Bolection moulded panelling and the drawing room, far left with noted 20th Century panelling.

In addition, an inner hall passes offices to the kitchen and various domestic pantry store rooms beyond, with a three bedroom self-contained ground floor annex, accessed externally, adjoining to the south. The main first floor landing accesses the four principal south facing bedrooms. The principal suite incorporates a dressing room and en suite bathroom; two further guest bedrooms each have en suites, whilst a further five bedrooms are served by two further bathrooms at first floor level, with a staircase rising to a second floor bedroom and bathroom above bedrooms three and four within the northern wing of the Manor. The core accommodation within the Manor is further supported by excellent additional accommodation in the form of two staff flats accessed off the Manor’s secondary staircase, which rises from near the kitchen and serves a three bedroom first floor apartment and an impressive two bedroom second floor apartment.

Barnwell Manor is positioned within beautiful, extensive landscaped gardens and parkland pasture. The gardens and pleasure grounds are themselves grade II listed and are thought to have been largely laid out between 1913 and the 1920s. They include extensive lawns, framing beautiful vistas, but with, to the east front of the house a series of stone-flagged compartments and, to the north and northeast of the manor, yew-hedged compartments and walkways, one of which leads to the ornamental fish pond, a former swimming pool.

To the north of the castle site, a raised stone walkway overlooks the walled kitchen garden, with an extensive array of refurbished teak glasshouses. Immediately adjoining the southern aspect of the manor, a stone-flagged terrace adjoins with sweeping vistas to the south east, across the ha-ha to the parkland. The gardens are extensive, private and beautiful.